PUTRAJAYA: The label itself – special Cabinet meeting – was enough to pique the interest of observers and the public alike.

After all, it is not often that a prime minister calls for such a meeting – especially if the Cabinet had had its weekly meeting just a couple of days before that.

The Cabinet meets every Wednesday except when Parliament is in session, in which case it meets on Fridays.

The sight of Armed Forces chief Jen Tan Sri Affendi Buang, Inspector-General of Police Tan Sri Abdul Hamid Bador and Attorney General Tan Sri Idrus Harun got the media wondering about the purpose of the special Cabinet meeting, which usually involves only ministers – even a deputy minister cannot attend on behalf of his minister if the latter is indisposed.Sources had hinted that Prime Minister Tan Sri Muhyiddin Yassin called for the special Cabinet meeting to discuss the latest on the Covid-19 pandemic.

The past one month has seen the number of new infections spike, leading the government to impose a conditional movement control order (MCO) in Sabah, Selangor, Kuala Lumpur, Putrajaya and Labuan.

Sources said that at yesterday’s meeting, the Cabinet discussed various options to step up the fight against Covid-19 – including possibly declaring a state of emergency to curtail the surge of infections. One source told The Star that the meeting also discussed the possibility of not tabling Budget 2021 in Parliament at all.

“We were told there would not be a tabling of the Budget and that expenditures would be allocated according to needs, ” said the source.

Talk of a possible state of emergency reached members of the media, who scrambled to make calls to confirm the news.

In the meantime, the Prime Minister flew to Kuantan for an audience with the Yang di-Pertuan Agong, further fuelling talk of an impending announcement of a state of emergency.

Another source told The Star that Muhyiddin had earlier planned to call for a snap election to resolve the ongoing political uncertainty amid the ongoing Covid-19 crisis.

“But most ministers disagreed with the idea of a snap election because we would be blamed by the people (if there was a surge in infections).

“So, they decided that declaring an Emergency would be a better option. People might be angry in the beginning, but it’s all for the greater good, ” said the source.

Another source said that the declaration of an Emergency was mulled in order to ensure that the upcoming Budget 2021 doesn’t get derailed when it is put to vote in November.

By convention, if the Budget isn’t passed in Parliament, it would mean that the government has lost its majority, said the source.

“This could also disrupt government functions because allocations will be delayed, ” the source added.

The source also said that despite the political ceasefire announced by Umno president Datuk Seri Dr Ahmad Zahid Hamidi amid ongoing tensions between his party and Muhyiddin’s Parti Pribumi Bersatu Malaysia, the latter was not confident that the truce would last.

There was still the fear that an eleventh hour move may take place when Budget 2021 is put to the vote on Nov 23.

Political analyst Prof Dr Sivamurugan Pandian said the government might view the current number of Covid-19 infections as requiring critical and drastic measures, which would include declaring a state of emergency.

He also agreed that declaring an Emergency would somewhat reduce the political heat at a time when dealing with the pandemic and the economy should be topmost on the government’s mind. 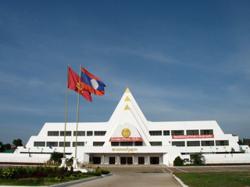