Royal audience: Muhyiddin arriving at the palace with several ministers and officials to meet Sultan Abdullah in Kuantan. — Bernama

The Prime Minister flew to the state capital after chairing a special Cabinet meeting in Putrajaya earlier yesterday.

Muhyiddin arrived at the palace at 4.40pm, accompanied by several ministers and government officials.

It is understood that the Prime Minister briefed the King on the Cabinet meeting he chaired, and the issues discussed.

Muhyiddin and his entourage left at 7.10pm without speaking to reporters who were waiting outside the palace. 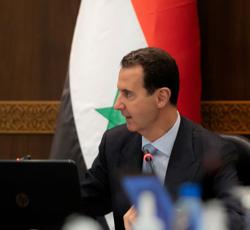