PETALING JAYA: The Perikatan Nasional government decided that a state of emergency was the best way to contain the Covid-19 pandemic as earlier measures, including the movement control order, were not effective enough, say sources.

One source said that the Cabinet special meeting yesterday agreed that the declaration of a state of emergency be made under Article 150 of the Federal Constitution, provided that there was no martial law or curfews, and that economic activities are allowed to proceed as usual.

“Constant attempts to politically destabilise the government have continuously disrupted all efforts to contain the Covid-19 pandemic and fix the economy.

“The Cabinet agreed on two major features of the Emergency – no Parliament sitting and that the government makes laws by way of Ordinance by the King,” said the source, who cannot be named as all Cabinet meetings are supposed to be private and confidential.

The source explained that under Article 150 (2B) of the Constitution, an Ordinance has the same force and effect as an Act of Parliament.

“Unless ordinances are passed, current laws are still valid.”

The source further said that Prime Minister Tan Sri Muhyiddin Yassin informed his ministers that he could only advise the King for a state of emergency to be declared, to ensure we do not have a Covid-19 catastrophe if a general election is held.

“He also informed the Cabinet that during a recent audience with the King, the Palace told him that no general election must be held in the midst of the raging Covid-19 pandemic, especially judging from the aftermath of the Sabah state election (last month),” said the source.

“As the MCO under the Prevention and Control of Infectious Diseases Act 1988 is limited in its powers to stop elections, and there were continuous attempts to destabilise the government which may lead to snap polls, the government felt that there was a need to use Article 150 to stop all political rallying and movements,” said the source.

At the special Cabinet meeting in Putrajaya chaired by Muhyiddin, ministers were unanimous that there must be no dissolution of Parliament, which would lead to snap polls.

“The Cabinet was worried that a minority group of MPs within the Perikatan government itself may sabotage and prevent Budget 2021 from being passed.

“A failure to pass the Budget is tantamount to the Prime Minister not having a vote of confidence.

“Muhyiddin is very aware of this and there is a worry that, if that happens, he is duty-bound to advise the King for a dissolution of Parliament and call for snap polls, which may not go down well with the Palace,” said the source.

Muhyiddin has been hounded by the “majority vote” issue, especially after Opposition leader Datuk Seri Anwar Ibrahim claimed that he has majority support from MPs to be the next premier.

The PKR president was granted an audience by the King, but the Palace said that Anwar had failed to verify his claims with the names of these MPs.

Meanwhile, the source also said that a few days before the special Cabinet meeting, at a National Security Council meeting, the top officers of the government including Inspector-General of Police Tan Sri Abdul Hamid Bador, Attorney General Tan Sri Idrus Harun and Health director-general Tan Sri Dr Noor Hisham Abdullah pleaded with the Prime Minister to ensure there would be no snap polls while the Covid-19 pandemic rages on.

“They literally begged Muhyiddin and the ministers present to do whatever it takes to stop the snap polls or any by-election, as the Sabah state polls aftermath has proven to be a Covid-19 catastrophe.

“They said that even if the Election Commission can put into place the strictest standard operating procedures, holding a snap election at a time like this would be disastrous, as it will mean more cases than the health authorities and facilities could handle,” said the source. 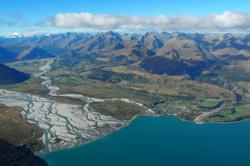