PETALING JAYA: Senior Minister Datuk Seri Ismail Sabri Yaakob (pic) says he will continue to have his daily briefings to address the measures taken by the government on non-health matters related to Covid-19.

He said the people are worried about certain issues, such as violations of the standard operating procedures (SOPs) and illegal immigrants.

"The people worry. Sometimes when we see people who don't wear a mask, we worry, so the people want to know what action has been taken by the authorities against those who flout the rules.

"If we don't give the daily updates, then the people will think that the government has not taken any action.

"Also on illegal immigrants entering the country, for example, in Sabah where the (latest) spread of the Covid-19 first started, the rakyat want to know if the government has taken stern action to stop the illegal immigrants from entering our country," he said in his daily briefing on Thursday (Oct 22).

Ismail said this in response to Segambut MP Hannah Yeoh’s statement that the Senior Minister should not hold any press conferences if he had nothing substantial to announce.

However, Ismail said he would continue with his daily briefings to update the people on measures taken by the government to curb the spread of Covid-19 in the country from a security and non-health perspective.

The Bera lawmaker said Health director-general Tan Sri Dr Noor Hisham Abdullah would provide updates on the number of cases and from the health sector.

"So, there are two forms of actions, from the health and non-health point of view, and that is what I will report.

"She (Yeoh) is from the Opposition, so let her oppose," he added.

He also called on all politicians to put aside their political differences and help focus on fighting the pandemic. 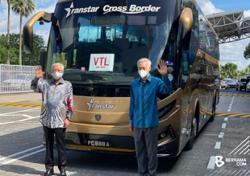