‘Cooperation vital for industry to flourish’

He said this was because the industry could not be developed without adequate funds, supporting policies, technology as well as scientific research on the exploration of resources.

Mohd Fazrul Hisam said deep-sea fishermen should be given clear understanding on the government’s policies as well as given assistance with adequate funds and the latest fishery technology to maximise their capability and catch.

“They must also be given the chance to learn from successful local and foreign fishermen so as to convince them that deep-sea fishing is worth exploring,” he said.

Mohd Fazrul Hisam said limited fishery resources, which were decreasing each year due to environmental pollution, destruction of fish habitats and unreported and uncontrolled illegal fishing were major obstacles to fishermen exploring the deep sea.

“Full commitment from all parties must be mobilised quickly to solve the long, continuous issue,” he said.

On Sept 29, Prime Minister Tan Sri Muhyiddin Yassin said that the potential of deep-sea fishing in the country had yet to be fully tapped, adding that most fishermen were missing out on technology compared to neighbouring countries such as Indonesia.

Among them is the sinking of artificial reefs programme at several main fishery areas, involving RM500,000 in allocation for this year alone.

“According to the Statistics Department, Terengganu’s socioeconomic growth for 2019 has increased by 3.3% compared to the previous year, contributed by agriculture and services.

“This showed that our efforts in recent years have been fruitful and must continue in the future,” he said.

To ensure continuous development of the fishery sector, Azman said the Federal Government must focus on combating illegal encroachment by foreign fishermen, as well as deepening the river’s estuary, both of which were under its purview. — Bernama 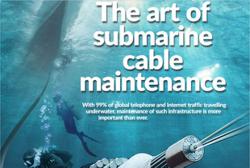