KOTA KINABALU: Perikatan Nasional and Parti Bersatu Sabah (PBS) have yet to decide if they will contest the Dec 5 Batu Sapi by-election which was triggered by the demise of Datuk V.K Liew from Parti Warisan Sabah.

Sabah Bersatu secretary Datuk Ronald Kiandee (pic) said there was still a lot of time for the party to make a decision.

He said Sabah Perikatan would meet to discuss the matter.

PBS secretary-general Datuk Jahid Jahim also said they had yet to make a decision whether to contest the seat or otherwise.

Political observers see Sabah Bersatu and PBS as the likely parties that would contest the by-election in the absence of others including Umno, Sabah Pakatan Harapan, Sabah STAR, Sabah Progressive Party (SAPP) and Liberal Democratic Party (LDP) who have stated that they are opting out due to the spiking Covid-19 cases in the state.

Sabah Bersatu, Sabah STAR, SAPP and PAS are under Perikatan whose allies are PBS and Sabah Barisan that come under the umbrella of Gabungan Rakyat Sabah that leads the new state government.

Warisan is expected to defend the mixed-seat that comprises two state constituencies - Sekong and Karamunting which they won in the just concluded Sabah state election.

In the Sept 26 state election, observers noted that Warisan’s majority from the two seats totalled over 4,000 votes even with a lower voter turnout.

Concerns over the current Covid-19 spread is raising questions whether the 32,950 voters will turn up as Sandakan is a Covid-19 red zone.

He said that voter turnout could be affected and they might even refrain from coming out to cast their votes.

Liew passed away at the Gleneagles Hospital due to suspected lung infection on Oct 2. 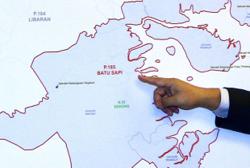