KUALA LUMPUR (Bernama): Foreign Minister Datuk Seri Hishammuddin Hussein has begun a meeting with his Chinese counterpart Wang Yi here Tuesday (Oct 13), with the status and availability of China-produced Covid-19 vaccines set to be the highlight.

Hishammuddin and Wang are scheduled for a face-to-face talk before proceeding to a bilateral meeting at a hotel here.

Discussions between the two leaders would include opportunities to enhance economic cooperation, post-pandemic collaborations, and strengthening existing ties and cooperative efforts between Kuala Lumpur and Beijing.

According to a Malaysian official, regional and global issues of common concern, including the South China Sea, would also be discussed.

Securing the vaccine to Covid-19 has been a paramount mission for all countries as the deadly virus continues to ravage, to date killing over one million people and infecting over 37.7 million people worldwide.

Wang told Asean foreign ministers in a meeting via video-conference in September that China would prioritise the distribution of the vaccines to Asean countries after the republic meets its domestic needs.

Wang, who is also China's State Councillor, is currently on an official visit to several Asean countries, with Cambodia being his first stop, before he arrived here Monday (Oct 12).

He is scheduled to leave for Singapore later Tuesday, and will conclude his tour with visits to Laos and Thailand.

He had last visited Malaysia in 2018. – Bernama 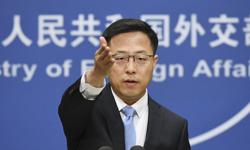