KUALA LUMPUR: Tan Sri Muhyiddin Yassin has asked the public to support Perikatan Nasional in the next general election for a continuation of current policies.

The Prime Minister was asked about the continuity of the Shared Prosperity Vision 2030 (SPV2030) blueprint amidst the political upheaval in the country.

"If the Perikatan government wins the next general election – don't ask me when – there is no need for a guarantee. The policy will continue.

"My message is simple. Support us and the policy continues.

"To ensure a good policy remains, there must be leadership and a government that knows its importance," he said on Tuesday (Sep 29) during a town hall session on the SPV 2030.

Muhyiddin said that he presented the policy during his time in Pakatan Harapan but because it was a good policy, it should be continued as it could solve a lot of inequality.

"Our commitment is total. It is not half-half," he said.

Launched in 2019 by former prime minister Tun Dr Mahathir Mohamad, SPV2030 is a commitment to make Malaysia a nation that achieves sustainable growth, along with fair and equitable distribution across income groups, ethnicities, regions and supply chains to provide a decent standard of living for all citizens by 2030.

Muhyiddin also said the development of Sabah would be easier with Gabungan Rakyat Sabah having won the recent state polls.

"Now it will be a lot easier for us to plan as we sit together and discuss," he said. 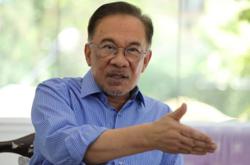 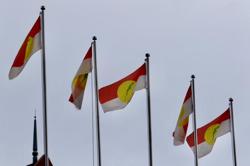