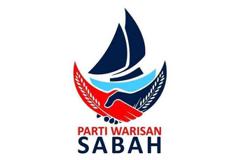 KOTA KINABALU: Tun Dr Mahathir Mohamad has stayed away from campaigning in Sabah for the second time, only appearing in a campaign video.

Dr Mahathir did not come to Sabah during GE14 as he was under fire over allegations of issuing citizenship to illegal foreigners during his tenure as the fourth prime minister.

The issue of Dr Mahathir was used by Barisan Nasional in GE14 and spilled over on Datuk Seri Mohd Shafie Apdal’s Parti Warisan Sabah (Warisan), which is friendly to Pakatan Harapan.

It is clear that Warisan Plus was not encouraging Dr Mahathir to come to Sabah to campaign for the snap state election, while the only faces from Peninsular Malaysia seen so far include Datuk Seri Anwar Ibrahim, Syed Saddiq Syed Abdul Rahman and Lim Guan Eng, among others.

Dr Maszlee Malik had appeared early in the campaign but was not encouraged to further campaign.

In the video campaigning for Warisan Plus, Dr Mahathir said the people must reject a government that uses money to “buy over” elected representatives.

Noting that he will not be present for campaigns in the 16th state election, Dr Mahathir said the state election should not be held in the first place, as Sabahans had voted for the government they wanted during GE14.

“But, the Perikatan Nasional leadership want to take over an elected government in Sabah. This is wrong because it robs the rights of Sabahans.

“Moreover, it is against democracy, where Perikatan uses money to buy elected representatives voted in by Sabahans, ” he said.

He also said this is the time when the government should focus on addressing the Covid-19 pandemic and economic slump.

“This is not the time for the politics of crossovers and money, ” he added.

Dr Mahathir said Sabahans are deeply affected by the Covid-19 crisis, as the economy was forced to shut down to stem the unprecedented pandemic.

“Many will be unemployed and many will lose their source of income as well, ” he added.

Dr Mahathir said the government would not be able to focus fully on helping the people if they had to hold a state election.

“Hundreds of millions of ringgit were wasted by the government to hold an election. That money should have been used to help the people, ” he said.

Sabah will head into its 16th state polls on Sept 26. 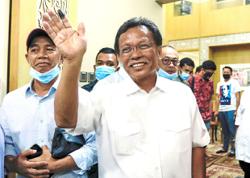