KUANTAN: A senior finance manager of Pasdec Holdings Berhad has been acquitted of all charges of criminal breach of trust.

"Therefore, after making the maximum assessment of the entire prosecution's case through the witnesses, the evidence presented as well as the witnesses' credibility, the court is satisfied that the prosecution has failed to prove a prima facie case and thus the accused is acquitted and discharged of all charges without being called to defend himself," Mohd Ghazali said in his decision read by judge Siti Aminah Ghazali recently.

Pasdec Holdings is an investment holding company with its subsidiaries and associate companies principally involved in property development, project management, civil and building construction among others. 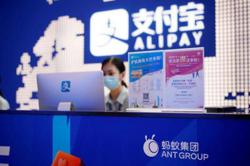 Ant Group to raise up to US$34.4bil in world's biggest public offering