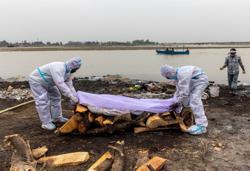 Seeking answers: A laboratory staff conducting a procedure on samples collected for Covid-19 testing. As of last Sunday, Malaysia’s Rt was at 1.58 while earlier this month, it was 0.72. Assoc Prof Malina says the R value may be over- or under-estimated for specific districts and areas. — AFP

PETALING JAYA: Malaysia’s Rt – an indicator of how fast Covid-19 is spreading – has risen with Health director-general Tan Sri Dr Noor Hisham Abdullah recently tweeting his alarm. As of last Sunday, Malaysia’s Rt was at 1.58 while earlier this month, it was 0.72.

This rate has since dipped following measures undertaken by the ministry.

An indicator of how fast the virus is spreading, Rt shows the average number of people who contracted Covid-19 from an infectious person.

However, according to health experts, whether a country is safe from the threat of Covid-19 also depends on a number of other factors, such as the authorities’ health regulations and public compliance with these policies.

Universiti Malaya epidemiologist Prof Dr Awang Bulgiba Awang Mahmud said while the R value was an important indicator of whether a country was safe from Covid-19, it was not the only one.

An Rt value – the effective reproduction number – of less than 1.0 is a good sign.

“An Rt of less than 1.0 means that the number of people being infected on average will get fewer over time and if this situation persists, the disease will eventually die out.

The R value is an estimated index for the whole country. “Any Rt above 1.0 means the virus is spreading fast,” said Prof Awang.

An Rt of 1.0, he said, meant that a disease was endemic and would persist over time, such as dengue.

“If the causative organism mutates over time to become less virulent, then an endemic state will not cause too many problems to the country as the disease would be relatively mild.

“Should an effective vaccine be found (and) then if enough people are vaccinated, the resultant herd immunity will reduce the number of people susceptible to the disease.

“We do not yet have an effective vaccine for Covid-19. So, we will need to bring down the Rt via other means like reducing the amount of contact through physical distancing or quarantine, maintaining personal hygiene and wearing face masks,” he said.

It was just last week that Dr Noor Hisham spoke about a need to strike a balance between protecting lives and livelihoods.

“We should not repeat another lockdown as seen in other countries. Our Rt is alarming,” he tweeted.

On Sept 8, he showed in a tweet how the Rt value had jumped to 1.72, following the emergence of large clusters in Sabah and Kedah. Only two weeks before, the Rt value was 0.72.

Epidemiology and public health professor Dr Sanjay Rampal said in general, the R0 value of the Covid-19 virus was estimated to be about 5.7 or 5.8.

This means that one Covid-19 infected person could on an average pass the disease on to five to six people if the virus is allowed to spread without any form of public health intervention.

“In our country, there are a lot of public health interventions. With active case detection and contact tracing, the R value actually dropped to about 1.5 or 1.6.

“When there are interventions, such as physical distancing, we are reducing the likelihood that the infected person is spreading the disease,” he said.

Various factors, he added, affected the Rt value, such as the mutation of the Covid-19 virus and the intensity and compliance with public health interventions.

Universiti Putra Malaysia medical epidemiologist Assoc Prof Dr Malina Osman said it was tricky to compare the R value of Covid-19 with previous infectious disease outbreaks in the country, such as the Severe Acute Respiratory Syndrome (SARS) in 2003 and the Influenza A (H1N1) in 2009.

“In the local context, there is no documented evidence about the R value for SARS and H1N1 as there were not many cases for both diseases in Malaysia at that time.

“However, studies done during the SARS outbreak with data from Hong Kong and Singapore showed that the R value ranged from 2.2 to 3.6. For H1N1, the R value documented in various studies ranged from 4.0 to 4.5,” she said.

While the Rt value was a good indicator of the transmissibility of the virus, Assoc Prof Malina said caution must be applied when interpreting the R value as this provided a generalised picture of an entire country.

“The R value is an estimated index for the whole country. So, the value may be over- or under-estimated for specific districts and areas.

“Counting the Rt value is a complex procedure. It depends on the type of transmission and the mathematical models used, the epidemiological data, population structure and intrinsic growth rate,” she said.

Other factors such as disease prevention policies and public compliance were important to determine whether the virus remained a threat to the country, said Assoc Prof Malina. 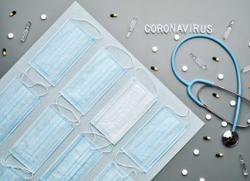 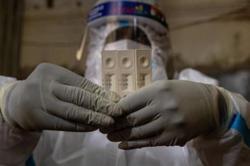