KOTA KINABALU: PKR president Datuk Seri Anwar Ibrahim kicked off his campaign in Sabah by emphasising the importance of voting for a leader who will ensure the livelihood of Sabahans will be taken care of.

“This state is a rich state and its people shouldn’t live in poverty. Revenues and treasures of the state must reach the ones below.

“This shows how important is your responsibility to choose a good leader,” he said during a ceramah in the Sook constituency yesterday.

Anwar started his campaign trail in Sook, a state constituency located in Keningau, which is about 150km from here.

He later spoke in the Klias constituency located in Beaufort and moved up towards Kudat, Kota Belud and Tamparuli.

In Klias, Anwar stressed that ethnicity should not be highlighted as the main traits of a leader, as integrity should be the main point of a leader.

“Our struggles are not to highlight a particular race as a main trait of a leader, but what is important is integrity,” he said during a ceramah.

In a joint statement with the seven Sabah PKR candidates, Anwar stressed the importance of voting for a united coalition like Warisan Plus in order to ensure stability in politics and governance.

“This is so that the state can focus on economic development and employment, fighting Covid-19 as well as developing the sectors of tourism, agriculture and the economy in rural areas,” he said.

Following his ceramah in the rural areas, Anwar headed to a talk in Api-Api in the state capital and then Inanam.

A total of 447 candidates will slug it out during polling on Sept 26 in 73 seats across Sabah. 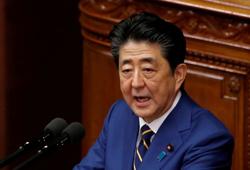