Dash for the finish line: Party flags placed all around the Tuaran roundabout centrepiece. Horses are a symbol of pride for the Tuaran community. — ZULAZHAR SHEBLEE/The Star

KOTA KINABALU: Opposition Gabungan Rakyat Sabah (GRS) is moving from the tension caused by its parties contesting against each other in the Sabah polls with senior leaders encouraging them to compromise and aim for a common cause to help Sabahans.

Perikatan Nasional secretary-general Datuk Seri Hamzah Zainuddin said though it could not stop parties within GRS, which include Perikatan Nasional, Barisan Nasional and Parti Bersatu Sabah (PBS), from clashing with each other in the polls, it called them to band together to fight for the people.

“Although we can’t do anything to stop them at the time, I am now calling for all Perikatan candidates to focus on a common goal, ” he said after a rally in Kiulu to shore up support for PBS candidate and incumbent assemblyman Datuk Joniston Bangkuai.

Despite friendly fights to win the people’s support, Hamzah said GRS was able to show itself as a united front as leaders from different parties were openly lending their support for each other on the campaign trails.

Hamzah said leaders like former chief minister Tan Sri Musa Aman, who has since appeared at Parti Pribumi Bersatu Malaysia and PBS rallies despite not being a candidate, proved that the party was in the race together to win it.

“It is not merely words on a poster but we are putting it into action. And it shows that we are working together, ” he said.

So far, Musa has been seen only at Bersatu and PBS rallies and has yet to make an appearance at Barisan’s campaign trail.

Musa also agreed to back up Sabah Barisan chief Datuk Seri Bung Moktar Radin, who is leading Barisan’s election machinery in Sabah, on his campaign trail after the Kinabatangan MP cheekily brought up the subject.

Ties between Musa and Bung Moktar are said to be strained after Musa was not appointed to lead the machinery nor fielded as a candidate to defend his Sungai Sibuga seat.

However, Musa’s move has also led to questions on whether the Umno member is planning to leave the party for Bersatu.

Hamzah rubbished the notion saying his appearance at rallies was nothing but a show of solidarity.

Musa himself avoided the question when asked at a rally last Thursday.

Separately, Hamzah said Perikatan was distancing itself from any Independent candidate claiming to be friendly with the bloc in the election.

He said Perikatan did not permit any of the Independents to contest on that claim.

“The only party we ever allowed to say it is Perikatan-friendly is PBS. But because there are so many Independent candidates claiming to be Perikatan-friendly, we changed that status to ‘partner’, which is better than ‘friendly’, ” he said.

When asked if Perikatan might court any victorious Independent candidate after the election, Hamzah was non-committal.

“How do we know if they would win? That is all hypothetical, ” he said.

Manggis is the talk of Kemabong 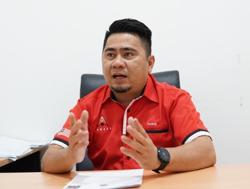