KUALA LUMPUR: The Malaysian Anti-Corruption Commission has charged a deputy director of an agency under the Education Ministry in the Sessions Court here with inciting his superior to fire a whistleblower for alerting the anti-graft body to his misconduct.

He was accused of having incited then EMGS chairman Datuk Abdul Rahman Mohamed Shariff to sign a termination of employment document against then CEO Shahinuddin Shariff, in retaliation for having exposed the latter's improper misconduct to the MACC on Jan 9 this year.

Under Act 711, it is an offence to incite or permit another person to take or threaten to take detrimental action against a whistleblower for any reason under subparagraph (a)(i) or (ii).

Presiding judge Azman Ahmad set bail at RM15,000 and ordered the accused to report to the nearest MACC office once a month.

Wafiy, who was also charged with corruption under the MACC Act last July, was asked to surrender his passport and reminded not to tamper or disturb the prosecution's witnesses until the trial was over.

The accused was represented by a team of three lawyers from Messrs Salehuddin Saidin.

The MACC's team of lawyers was led by Afif Ali.

On Thursday (Sept 17), the MACC said that the charge against Wafiy was the first under the Whistleblower Protection Act since it came into force in 2010.

The anti-graft agency said it would not hesitate to investigate those who attempt to take action against whistleblowers.

It said the case would encourage the public to cooperate with enforcement agencies to provide information on cases involving corruption and abuse of power without any fear.

“The charges in this case are also expected to teach a lesson to those who try to punish whistleblowers, ” said the MACC.

In a related case, last January EMGS chairman Abdul Rahman pleaded not guilty to a charge of money laundering at the Sessions Court in Johor Bahru.

EMGS, formed in 2012, is a wholly-owned Education Ministry company that operates a one-stop-centre for international student services together with the Immigration Department.

It has a one-stop centre in Kuala Lumpur and is the main body managing the movement of international students in Malaysia, including such matters as facilitating the processing of their visas. 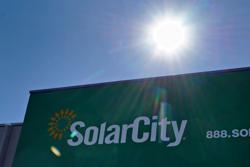 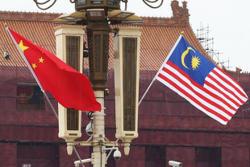