“Looking at the current situation in the country where racial polarisation still remains a serious issue, the need to strengthen inter-racial harmony and unity has become more important now than ever.

“We must never allow the harmonious relations among the various races to be threatened by racial polarisation, which could lead to racial discord and lack of understanding and mutual respect.

“Racial polarisation is a major obstacle to national integration and unity,” Lee said in his Malaysia Day 2020 message yesterday.

Lee, a member of the National Unity Advisory Council, noted that the rakyat must oppose religious bigotry and racial extremism and instead stand up for moderation.

“We need to appreciate the concept of unity in diversity where everyone accepts the uniqueness of others so we can live together in mutual respect and trust,” he said.

Lee added that issues affecting the communities should be dealt with based on dialogue and consensus and not through emotions.

“I’ve always believed that to be a Malaysian does not make a person less Malay, Chinese, Indian, Iban, Kadazan, Bidayuh and others. All of us should proudly identify ourselves first as Malaysian,” he said.

Lee noted that the Federal Government should ensure a close bond between the Peninsula and Sabah and Sarawak, especially in making sure that the people in Sabah and Sarawak enjoy equitable development and modernisation.

Lee urged Malaysians to rekindle the spirit of Rukun Negara and support the government’s efforts to address the Covid-19 pandemic.

“The unity shown by all Malaysian in fighting Covid-19 should be the springboard to renew and fortify the patriotic spirit of each Malaysian and subsequently, strengthen the unity among Malaysians regardless of race, religious belief and culture,” he said. 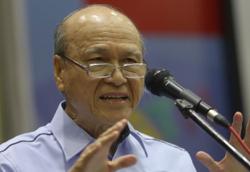