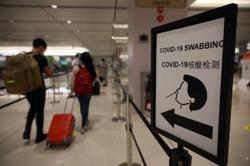 Work visit: Shahar chatting with a visitor during his trip to the state EPF office in Seremban. With him is state EPF chairman Muhammad Mahdi Abdul Samad (left). — Bernama

SEREMBAN: Fewer than 10% of the 2.7 million self-employed Malaysians contribute to the Employees Provident Fund’s i-Saraan scheme and out of that, only 18% are actually contributing consistently. Describing the numbers as “not encouraging”, Deputy Finance Minister II Mohd Shahar Abdullah is urging more Malaysians, especially those in the gig economy, to sign up for the scheme.

“Of the 255,000 who registered for the i-Saraan scheme, only 18% are contributing to the EPF consistently.

“This is quite unfortunate because the scheme has been designed to provide some sort of social security coverage for the self-employed or those in the informal sector,” he told reporters after visiting the state EPF office here yesterday.

In June, the government had through its National Economic Revival Plan (Penjana) announced a RM50mil matching grant for gig economy workers who wished to contribute to EPF’s i-Saraan and Socso’s Employment Injury Scheme.Under the voluntary scheme of i-Saraan, the self-employed will receive an additional special government incentive of 15%, subject to a maximum of RM250 annually.

They can contribute a minimum of RM1 a month or a maximum of RM60,000 per annum.

Shahar said those self-employed should sign up for the scheme as it would benefit them.

“Those who sign up will get the incentive from the government, which is above and beyond the benefits provided by the EPF such as an annual dividend.

“So those who do not have a fixed income every month should also sign up as this will certainly benefit them as well,” he said, adding that housewives were also eligible for i-Saraan.
Article type: metered
User Type: anonymous web
User Status:
Campaign ID: 46
Cxense type: free
User access status: 3
Join our Telegram channel to get our Evening Alerts and breaking news highlights 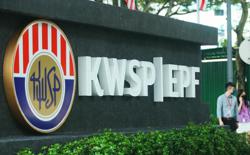