PETALING JAYA: The few lifelines offered by the government need to be improved as tourism players grapple with the lack of international tourist arrivals, said Malaysian Association of Tour and Travel Agents (MATTA).

Its president Datuk Tan Kok Liang said domestic tourism was insufficient to replace the revenue brought in by international tourists, which would worsen following the closure of Malaysian borders due to Covid-19.

“The closing of borders until the end of this year will cause severe financial hardship.

“Domestic tourism is insufficient. The tourism industry players need to brace themselves for the new challenges ahead in view of the extension of the recovery movement control order (MCO), ” he said.

Tan said that a majority of tourism players who predominantly depended on international tourism were impacted severely.

He said with the lack of income since March, company restructuring and staff layoffs were inevitable for the industry players.

“The domestic market is not big enough for all industry players to share. With an anticipated loss of some RM60bil in foreign tourism receipts and a decline of over 25 million tourist arrivals, the whole industry is crippled.

“It is impossible for domestic tourism to replace this, ” he added.

Tan said although there were several initiatives by the government to help tourism, more needed to be done.

MATTA hoped that the government would extend the loan moratorium and staff retention programmes for the tourism sector.

“They need to have some incentive programmes to encourage locals to travel domestically, ” he added.

Asked on the personal income tax relief of up to RM1,000 for domestic tourism expenses, Tan said the amount would only suffice for one-time travel, especially for families.

Tan said policymakers needed to be fair to involve all stakeholders to benefit from government initiatives to boost tourist arrivals.

He said the incentives must be inclusive of the whole ecosystem of tourism such as vehicles, tour guides, rural tourism, product owners and tour operators.

As for industry players, Tan said they would have to focus on domestic tourism and company restructuring to stay afloat. 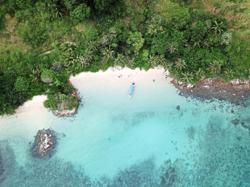