PETALING JAYA: Better coordination between the federal and state governments is needed to overcome water woes, with some experts calling for a single federal agency to manage the country’s precious water resources.

Association of Water and Energy Research Malaysia president S. Piarapakaran said there must be a central team of experts, at the federal level, to protect and prevent the pollution of our country’s water resources.

“Yes, water resources fall under the state government’s jurisdiction and the development plan eventually goes back to the local authorities.

“However, when we talk about pollution, this becomes a tricky area. We must remember that state governments are not resource-rich.

“They have limited resources to hire high-end technical teams and equipment. It will not be cost-effective for state governments to do so in silos,” he said. 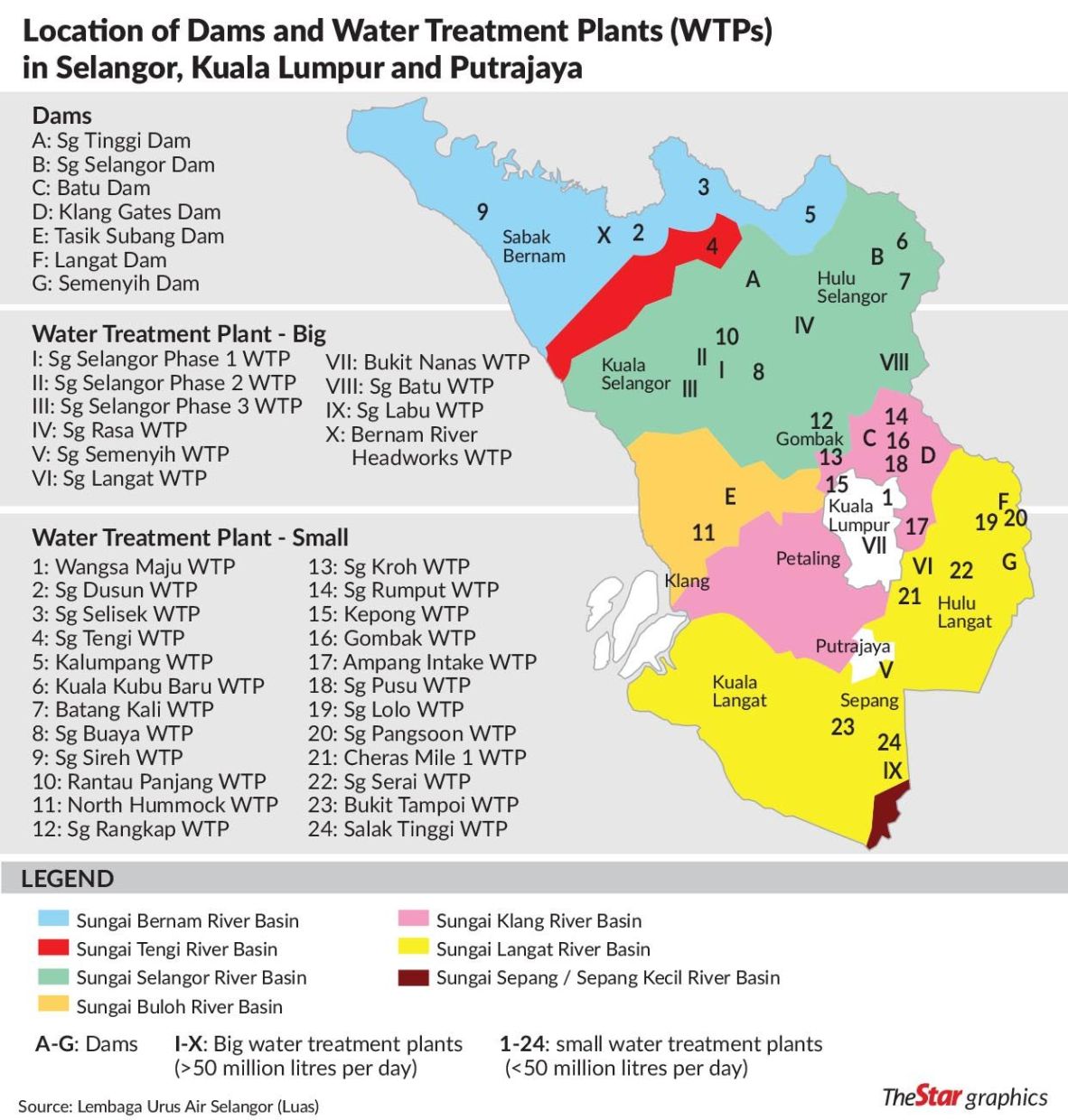 “Rivers which supply raw water for household consumption and agricultural use should be protected from all activities that can potentially cause pollution.

“We cannot allow risky operations at these locations. It is as simple as that. These are not new ideas,” he said.

He said the protection of vital assets such as rivers and water catchment areas should not be politicised.

“A single federal agency to solely monitor, maintain and regulate water catchment areas, down to water supply, is sorely needed.

“Such an agency has to be given teeth where law and enforcement is concerned.

“Everything has to be regulated from restaurants to consumers, we can’t allow restaurants to just pour cooking oil and dishwater down the drain,” he said.

He said authorities should take measures, including monitoring entire water catchment areas, especially river basins, in order to protect them.

“There must be another way for industries to self-regulate with proper incentives followed by monitoring by the relevant authorities,” said Sebastian.

Sahabat Alam Malaysia president Meenakshi Raman also called for the urgent establishment of a single, federal regulatory authority to seriously protect all rivers, as they were the nation’s lifelines in the supply of water.

“We reiterate this call which has been made in the past, in view of the major water disruption in the Klang Valley these past few days, caused by pollution from factory sources.

“As the Klang Valley water disruption incident has shown, about 1.2 million consumers have been adversely affected, and damage was also caused to many businesses, which were unable to operate without water.

“As is well known, currently there are too many agencies and authorities involved in the protection of rivers, and there is a lack of coordination between them,” she said.

She added that piecemeal approaches, poor planning and a lack of strong enforcement measures would not work anymore, as exemplified by the Klang Valley disaster and the Sg Kim Kim disaster in Johor, not to mention other river water pollution cases over the years.

Malaysian Water Forum president Saral James Maniam said having one federal agency was vital to manage and protect the water supply in the country.

“This must be a holistic management of the entire water supply chain, which includes regulation, management, enforcement and distribution,” she said.

She added that having different bodies at both federal and state levels had made it a challenge to oversee proper water management in the country.

“We have seen, for instance, forests being cleared by the state government which supposedly followed the principle of sustainable development, but it actually affected water catchment areas.

“Was there any environmental impact study carried out before allowing the factory to operate along the river basin which leads to a water treatment plant?” she said, referring to the latest incident of odour pollution involving four Sungai Selangor water treatment plants.

Global Environment Centre river care programme coordinator Dr K. Kalithasan said water resources must be seen as a joint responsibility and be treated as a matter of national security.

“We also need to enhance a more proactive role on enforcement, as well as monitoring.

“The community must be also empowered to be on the front lines on pollution monitoring,” he said.