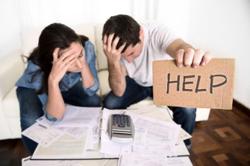 PETALING JAYA: The Credit Counselling and Debt Management Agency (AKPK) has seen more than 1,000 walk-in inquiries in August seeking advice ahead of the loan moratorium which will cease at the end of the month.

AKPK general manager for the operations division Nor Fazleen Zakaria said the agency also saw 100 enrolments daily in its debt management programme out of the 1,100 daily walk-ins at its 11 branches nationwide.

In July, AKPK had 920 walk-ins while 96 joined its programme on a daily basis.

Nor Fazleen advised people to reassess and recalculate their financial position immediately by checking with their financial institutions on the instalment amounts or rates, post-moratorium.

“Consumers need to ask the banks how their instalments are affected. Go to the banks, don’t just assume everything is fine,” she said

Nor Fazleen added consumers need to reanalyse their financial situation to see if they are able to make the payments, once the moratorium ends.

“There are options available for consumers, they can go to the banks to discuss (the financing repayment assistance) but there are other avenues too.

“If they find the instalment proposals put forward by banks too expensive or if they have multiple borrowings and are not able to consolidate the debts, then they can come to AKPK,” said Nor Fazleen.

She said AKPK welcomes anyone who needs advise on ways to manage their finances and debt.

“Consumers need to take action by either going to the banks to find out their options or come to us. We are an agency under Bank Negara so we have that direct relationship with banks, we are in a position to negotiate for the person.

“Our debt repayment programme is a more holistic form. It takes into account the needs of the person as well as their debts,” she said.

She added that AKPK, which provides counselling and debt management programmes, will look at the consumer’s cash flow and help discuss with the banks.

Nor Fazleen said there are also some people who may have opted for the loan moratorium, although their incomes have not been affected by the pandemic, for some extra cash flow monthly during the period.

She advised that those who had done so should plan ahead as repayment of their instalments will begin in October.

“You can reprioritise now since it is just the first week of September, so you still have a few more weeks to work out your cash flow and be prepared to make the payment,” she said.

She said AKPK has carried out many awareness campaigns in June and July to remind people to get ready to begin their instalment repayments.

Meanwhile, Bernama reported that the value of the moratorium on loan repayments by financial institutions stood at RM78.14bil as of Aug 21.

“For those who still need a moratorium extension and targeted bank assistance after Sept 30, the banking institutions are ready to help the borrowers.

“Those who are still affected can start contacting their respective banks to discuss and apply for repayment flexibility,” he said in the 19th LAKSANA report on the implementation of the Prihatin Rakyat Economic Stimulus Package and National Economic Recovery Plan.

As of Aug 21, the banks have contacted 1,015,848 borrowers, comprising individuals, SMEs and other companies, including corporate and commercial businesses to offer financing repayment assistance.

Shahar said within two weeks beginning Aug 7, a total of 139,424 applications for financing repayment assistance from individual customers were received, of which 109,172 were approved.

For SME customers, including micro-entrepreneurs, 5,017 applications were received, of which 4,300 were approved.