He said its members remained true to its course to help Zaidi win the by-election.

"Even during the campaign, Umno's leadership issued provocative statements but it did not affect our resolve and spirit.

"We continued working and it was well-received by Barisan's election machinery," he said in a statement Saturday (Aug 29).

Umno president Ahmad Zahid Hamidi had challenged Bersatu to prove their worth and deliver votes for Zaidi when launching Barisan Youth's election machinery in Tanjung Malim on Aug 15.

Bersatu Youth representatives that were present were also booed during the event.

Zainol Fadzi said Perak Bersatu had about 800 workers from 24 divisions help out with the campaigning.

These, he said, included 300 Youth members of the Armada Bermotor (Armada Motorcycle) squad and 300 from its Srikandi wing.

"They have been present since Aug 23, a day after the conclusion of our party election at division level.

"We have consistently shown our commitment as called upon by our state chairman Datuk Seri Ahmad Faizal Azumu to assist Barisan," he added. 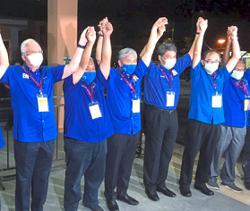 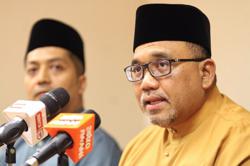 Perak assembly to sit for one day only on Oct 27 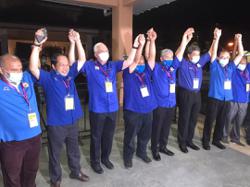