Waiting to enter: People queuing up at a Road and Transport Department branch in Bandar Baru Bangi, where only 20 are allowed in at a time, in line with Covid-19 preventive measures. — AZHAR MAHFOF/The Star

PETALING JAYA: Malaysians have less than two weeks to renew their expired road tax and driving licence before the Aug 31 deadline after an abeyance for renewals was granted during the movement control order (MCO) period.

Road Transport Department (JPJ) director-general Datuk Seri Shaharuddin Khalid assured the public that future changes would not be made abruptly.

“The public will be notified beforehand if there are any changes in the policy on driving licence and road tax renewal exemptions with regard to the MCO.

“We will give sufficient time and changes will not be made all of a sudden, ” he said.

Pending announcements, he advised motorists to adhere to rules and regulations on the road as well as the Health Ministry’s standard operating procedure (SOP) in public places.

In June, he urged those whose road tax and driving licence had expired to renew their documents.

“This is because enforcement will resume once the recovery MCO ends and if there is no further extension, ” he said.

“There are 855 JPJ counters nationwide, open seven days a week to allow people to renew their driving licence and road tax.”

He said the public would also be able to renew their road tax online via mySikap and get it delivered to their homes by Pos Malaysia beginning July 1. 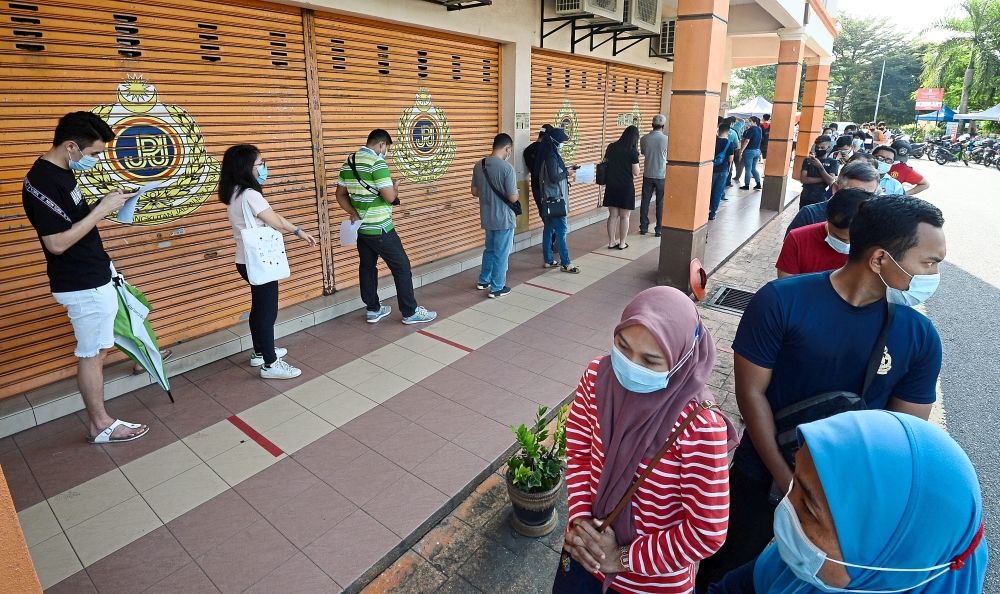 Beating the deadline: People queuing up outside the Road Transport Department branch in Bandar Baru Bangi. Only a limited number of visitors are allowed in at a time as part of the preventative measures against the spread of Covid-19. — AZHAR MAHFOF/The Star

In George Town, the public have been advised to renew their driving licence and road tax before Aug 31.

With the deadline coming to an end, the public should not be driving around with expired papers, said Penang Traffic Enforcement and Investigation Department chief Supt Wan Sharuddin Wan Omar.

“We will not allow driving with expired licences after the deadline.

“After Aug 31, enforcement will resume as normal. We will continue to enforce road traffic rules frequently.

“However, it depends on instructions from the government whether we will take stricter action in enforcement or conduct it in a diplomatic way, ” he said in a phone interview yesterday.

Bank employee Jayden Lim, 29, admitted that he had been putting off renewing his driving licence as he was busy with work.

“My driving licence expired in April during the MCO period.

“For the safety of myself and other road users, I should renew my licence as soon as possible.

“Now that the MCO is relaxed, I will get it done before Aug 31 as I do not want to take any chances of being fined.

“To be honest, I feel unsafe and nervous driving with an expired licence, ” he said.

Tan Sophine, 26, hoped motorists would be responsible and renew their driving licence as soon as possible to ensure their safety and that of other road users.

“It is dangerous driving around without a valid driving licence and it will be troublesome when accidents happen.

“People should take some time out of their schedules to renew their driving licence and road tax and there are many places that they can go to perform the task.

“I was told we can renew at urban transformation centres, eServices kiosk and Pos Malaysia outlets. I recently renewed my licence at the post office and it did not take me a long time, ” she said.