PUTRAJAYA: The Shah Alam City Council (MBSA) enforcement department director has been remanded to help in the probe into claims of corruption involving a syndicate providing protection for illegal businesses.

The 59-year-old department director was the ninth MBSA officer to be remanded since the Malaysian Anti-Corruption Commission (MACC) made a pledge earlier this week to investigate claims of such activities involving certain authorities in Sungai Buloh, Selangor.

He was brought before magistrate Shah Wira Abdul Halim who allowed graft investigators to detain him for six days until Aug 19.

He was summoned to the MACC headquarters here at about 10am yesterday and was later arrested.

Earlier this week, graft investigators arrested five other officers and a trader, who is a foreigner.

MACC said it would investigate claims that certain enforcement authorities were on the take and protecting illegal businesses in Sungai Buloh. 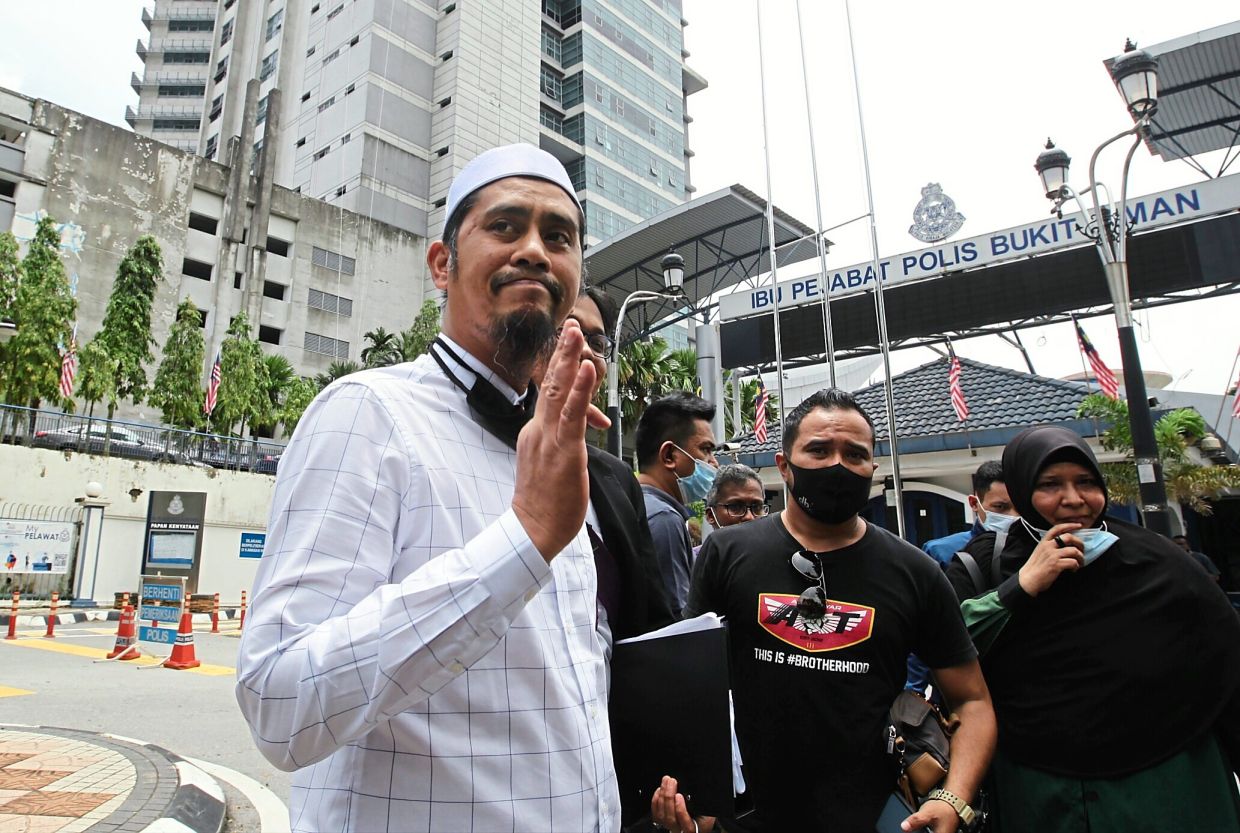 Summoned by police: Asri waves as he leaves Bukit Aman after giving his statement.

Home Minister Datuk Seri Hamzah Zainudin, who went on the ground to assess the situation for himself, assured the public that action will be taken against those involved in alleged illegal gambling dens in the area.

Meanwhile, in Kuala Lumpur, the man whose viral videos on alleged illegal gambling and the sale of contraband cigarettes in Sungai Buloh triggered a string of arrests by the authorities, hailed the developments.

Asked if his actions had jeopardised the business of other traders in Sungai Buloh, Asri said he hoped the other traders would be patient during this time and that better days would come.

He told reporters this after being questioned by Bukit Aman CID’s Special Investigation Unit yesterday.

His lawyer Datuk Shaharudin Ali said his client was questioned by investigators over the viral videos on illegal gambling and his statement that members of the police and Armed Forces did not perform their prayers.

“We hope the IGP will do likewise. My client was just reminding fellow Muslims to pray but maybe he used words that were unsuitable, ” he said.Asri had made comments about the prayers in an interview which was posted on Sinar Harian’s Facebook page and in another video made with Muslim Consumers Association of Malaysia.

On Thursday, Bukit Aman CID director Comm Datuk Huzir Mohamed said the videos insulted the two agencies, adding that all witnesses, including the interview subject and host, would be called up for their statements to be recorded.

He also urged the public to refrain from making, producing or spreading any statement or rumours that might jeopardise security and public order.