GEORGE TOWN (Bernama): The deoxyribonucleic acid (DNA) test on the pelvic bone found in a bushy area near Jalan Batu Gantung here on June 24 is compatible with Annapuranee Jenkins (pic), the Australian woman who was reported missing in Penang three years ago.

Penang police chief Comm Datuk Sahabudin Abd Manan said police received a report from the Chemistry Department on Monday (Aug 10) on the test results which found that the DNA sample provided by the victim’s son who arrived here recently matches with the pelvic bone.

"Following the findings of the DNA, police will continue investigations into the case, including determining the cause of the woman’s death as well as other aspects. I understand that the victim’s son is still in Penang to follow the developments (of the investigations).

"The forensics team from Bukit Aman Royal Malaysia Police will also go tomorrow to the location where the pelvic bone, as well as other items belonging to the victim, were found to reconstruct (the events) and conduct a detailed investigation as well as trace other items which may still be there...these findings may help our investigations,” he said in a press conference here.

At 4pm on June 24, a man who was doing landscape work found the pelvic bone, clothes and other personal items believed to belong to the victim scattered in the bushes about 3km near the location the woman was last seen in Jalan Scotland.

Comm Sahabudin said police did not discount the possibility of applying for an inquest into the case if they cannot determine the real cause of her death.

"On Aug 7, police checks at the location where the pelvic bone was found also uncovered a bone-like object which has been sent to the Chemistry Department in Petaling Jaya to be analysed to find out if it belonged to the woman. We are still waiting for the result,” he said.

On Dec 13, 2017, Jenkins, 65, was said to have left her hotel room to go to a dental clinic in Pulau Tikus and asked the hotel staff to book an e-hailing vehicle to take her to a welfare home in Batu Lancang after the dental treatment.

She then asked the driver to drop her off at the traffic lights at Jalan Scotland and for safety reasons, the driver let her off near a school.

She has since been reported missing and her husband has lodged a police report on the case.- Bernama 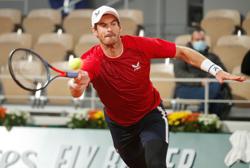 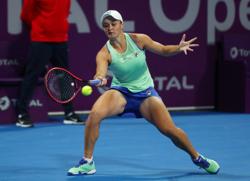