BUTTERWORTH: Former Penang chief minister Lim Guan Eng pleads not guilty to a charge of abuse of power under Section 23 of the Malaysian Anti-Corruption Commission Act on Tuesday (Aug 11).

Lim was charged alongside his wife Betty Chew Gek Cheng and businesswoman Phang Li Koon at the Sessions Court here.

The charges are not related to previous cases on the Penang undersea tunnel project or the sale of the former chief minister's bungalow on Jalan Pinhorn and are fresh charges.

On Monday (Aug 10), Lim pleaded not guilty to a charge of using his position as then chief minister of Penang to solicit a RM3.3mil bribe related to the RM6.3bil Penang undersea tunnel project. 10.28am: The sun is up and shining outside the courthouse. Supporters are using posters of Lim to seek some respite from the heat.

10.23am: Lim, his wife Chew and businesswoman Phang seen laughing and chatting in the courtroom with each other.

10.18am: Crowd gathers as they anticipate departure of Lim Guan Eng, Betty Chew and Phang Li Koon from courthouse. 10.05am: Lim, Phang and Chew are see in the courtroom engaged in discussions with their legal teams.

10.02am: Court proceedings are over, with next mention of the case set for Oct 16. Bail is set at RM50,000 for each person with one surety each. Phang and Chew do not need to surrender their passports.

9.50am: Betty Chew pleads not guilty to all three charges under the Anti-Money Laundering Act 2001.

She was charged with laundering RM87,009 at Public Bank Taman Melaka Raya in Malacca between Oct 7, 2013 and Oct 4, 2014. The amount is the result of illegal activities of Excel Property Management & Consultancy Sdn Bhd that was deposited into her bank account.

9.30am: Phang, 48, pleads not guilty to abetting Lim Guan Eng as then chief minister and Penang Development Corporation chairman to receive RM372,009 for his wife by ensuring that Magnificent Emblem Sdn Bhd received an offer to build a workers' dormitory in Juru and Batu Kawan worth RM11.61mil at the Chief Minister's office in Komtar between Aug 19, 2013, and March 3, 2016.

9.23am: Lim Guan Eng pleads not guilty to a charge of using office or position for gratification under Section 23 of the Malaysian Anti-Corruption Commission Act as the then Penang chief minister and Penang Development Corporation chairman between Aug 19, 2013, and March 3, 2016.

9.13am: Nurul Izzah Anwar sits in the courtroom. 9.03am: Lim's wife Betty Chew and Phang Li Koon are seen chatting in the courtroom.

9.02am: Lim is speaking to his lawyers Gobind Singh Deo and Ramkarpal Singh.

8.56am: Lim Guan Eng's sister Lim Hui Ying is seen arguing with the court officials about who can enter the courtroom as she states that family members should be allowed into the courtroom.

8.55am: Lim is seen having a discussion with his wife Betty Chew and Phang Li Koon in the courtroom.

8.55am: Lim Guan Eng and his wife Betty Chew enter the courtroom.

8.50am: Lim Guan Eng arrives. He steps out of his car from the roadside and walks towards the courthouse gate, waving at the crowd. Many more DAP members and assemblymen arrive. 8.38am: A convoy of two MPVs with tinted windows and a car, believed to be carrying Phang Li Koon and her legal team drive into the courthouse grounds. 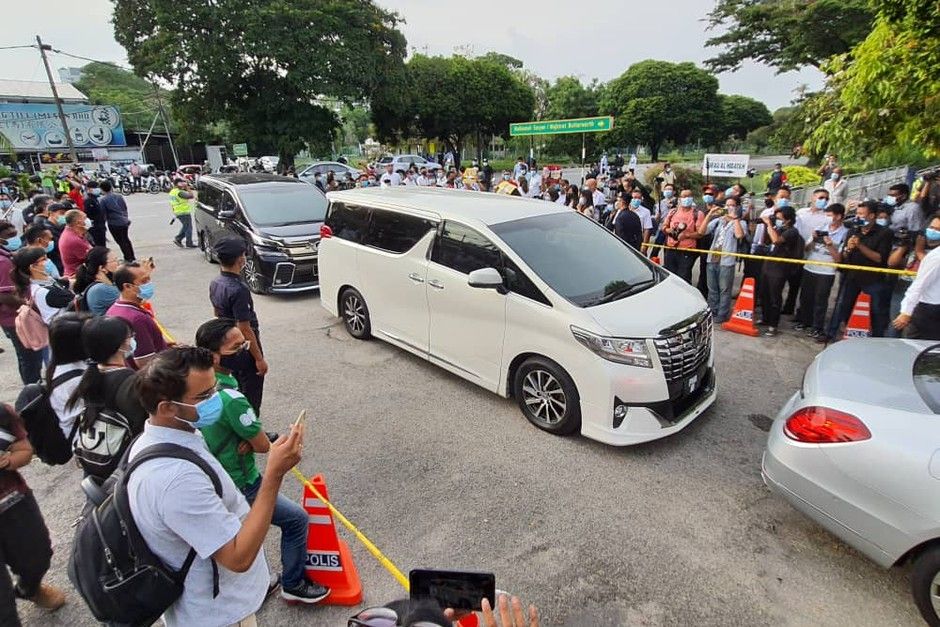 8.34am: Assemblymen Joseph Ng, Lim Swee Kim, Ong Ah Teong and the Chief Minister's political secretary Teh Lai Heng arrive. They are given yellow wristbands, which all DAP members are wearing. They mingle outside the courthouse with the press.

8.30am: It is learnt that Betty Chew will face three charges, while Lim Guan Eng and businesswoman Phang Li Koon will face one charge each.

8.30am: The selected four media members allowed to enter the courtroom.

8.28am: Members of the media inside the courthouse are told that charges against Lim Guan Eng, Betty Chew and Phang Li Koon are not related to the Penang undersea tunnel project or the purchase of the former chief minister's bungalow on Jalan Pinhorn. They will face fresh charges on an unrelated case.

8.25am: A convoy of cars believed to be ferrying MACC officials escorted by police outriders enters the courthouse.

8.18am: State exco member Soon Lip Chee arrives and is allowed into the courthouse.

8.16am: Bukit Bendera MP Wong Hon Wai arrives and mingles with the media outside the courthouse. 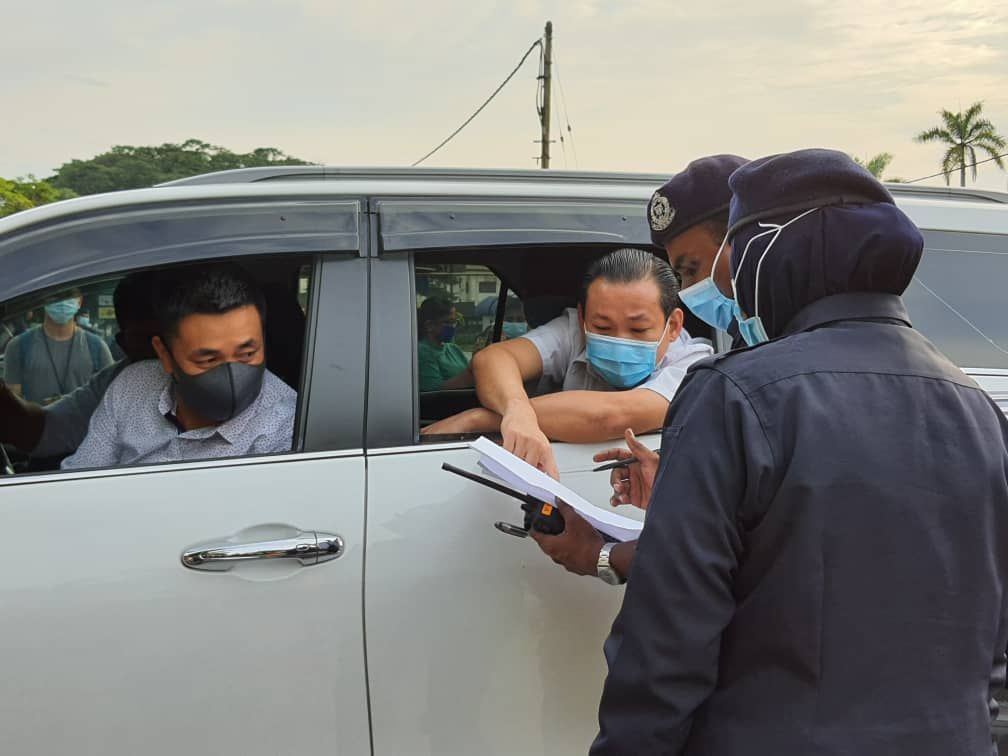 8.03am: Several DAP supporters have arrived outside the courthouse and hold up yellow placards in support of Lim.

7.52am: Reporters and photographers queue up to receive a pass to enter the courtroom. 7.20am: Security will be tight as more policemen from its Light Strike Force (LSF) arrive.

7.05am: Police personnel are being briefed outside the courthouse. 7am: The compound outside the Butterworth courthouse starts to fill with media personnel, armed with cameras and ladders. My movement was monitored during JV signing ceremony with PetroSaudi, says ex-1MDB chairman
Do you know ... about tarian piring?
Covid-19 Watch: 2,017 new cases bring total to 4,483,295
MMEA plans to build new Maritime Complex in Port Klang
No money to be made in recycling glass in this age of plastic
When even ‘bottle shops’ say no to glass
No market for recycled glass bottles
Brewery collects used bottles to reduce waste
PM: Lifting AP requirement will ensure local supply is sufficient
160ha of NFC plot to be leased for corn cultivation