KUALA LUMPUR (Bernama): The volcanic ash from Mount Sinabung, which erupted at 11.37am Monday (Aug 10) on Indonesia's Sumatra island, is expected to affect the northern and east coast states of the peninsula.

The ash and dust from Mount Sinabung's volcano are expected to enter the Malaysian airspace at the Melaka Straits on Monday night.

"This situation can also affect flight operations at an altitude of between 1,500m and 5,000m," he said in a statement.

However, Jailan said there is no cause for concern as the situation is not expected to affect the country's air quality.

He said this was based on the Hybrid Single Particle Lagrangian Integrated Trajectory Model (HYSPLIT) generated by MetMalaysia and predictions from the Volcanic Ash Advisory Centre (VAAC) in Darwin, Australia.

The Air Pollutant Index (API) shows the air quality reading nationwide is normal, he said, adding that no earthquakes or tsunami are expected to hit the country following the eruption.

The public can get further details from METMalaysia through its website, the myCuaca application and social media platforms. - Bernama 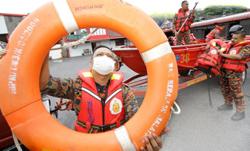 Get ready for wetter weather 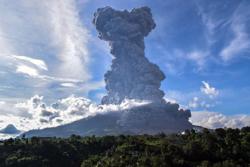