“The Malaysian Anti-Corruption Commission (MACC) is an independent body.

“There are no obstructions to reopen investigations if there is fresh evidence in that case, ” said the Minister in the Prime Minister’s Department in a Parliamentary written reply dated Aug 4.

Takiyuddin was responding to Pasir Mas MP Ahmad Fadhli Shaari, who asked if the government had any intention to reopen investigations into the corruption case implicating Lim, who was acquitted in September 2018.

He said Tommy Thomas, the attorney general at the time, had applied for a discharge not amounting to acquittal (DNAA) for the case.

“DNAA means that the accused is released but he is not fully absolved of all charges. However, upon hearing from the prosecution’s submission about new leads, the court fully acquitted the accused.

“The attorney general also did not appeal the decision, ” he said.

Lim was jointly charged with businesswoman Phang Li Koon over the alleged conversion of land status and the purchase of his bungalow.

The High Court judge at that time said both accused were to be released immediately and would not be called again for the case in future, as they are discharged amounting to acquittal.

The former Penang chief minister was charged with using his position as chief minister to gain gratification for himself and his wife Betty Chew by approving the application for conversion of agricultural land to a public housing zone in Balik Pulau to Magnificent Emblem Sdn Bhd.

He faced a second charge of using his position to obtain a plot of land and bungalow at No 25, Jalan Pinhorn, on July 28,2015, from Phang for RM2.8mil, said to be below market value. 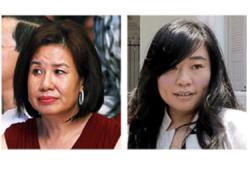