On the run: Police have been searching for Loo (left) and Low since 2015.

KUALA LUMPUR: While the Inspector-General of Police says that Low Taek Jho, the fugitive financier central to the 1Malaysia Development Bhd (1MDB) controversy, is in Macau, the Chinese Embassy insists that China will not harbour foreign criminals.

Tan Sri Abdul Hamid Bador said by all indications, Jho Low, as the Penangite is better known, was hiding in Macau.

“He is known to have conducted business transactions while based there.

“We are pursuing every avenue to track him down and bring him back to face justice,” Abdul Hamid said when contacted yesterday.

“His family members are also moving freely in Hong Kong. As I mentioned before, I’ve never given up on efforts to bring him back.”

Describing Jho Low as “the most wanted man on our radar”, Abdul Hamid again vowed not to slow down in his pursuit of him.

“Jho Low is responsible for robbing the nation’s coffers. We will not rest until he is behind bars.

“Because of him and the other culprits, the country is debt-laden,” he said.

The police, said Abdul Hamid, were working quietly to recover stolen funds as well as capturing the financier who had been on the run in the last five years.

Previously, the IGP said he would not give up on the hunt for Jho Low, Nik Faisal Ariff Kamil – the one-time managing director and chief executive officer of SRC International, a former subsidiary of 1MDB – and several others who allegedly conspired to steal from the country.

Earlier this month, Abdul Hamid confirmed that Nik Faisal and his family were sheltering in Hong Kong and that the Malaysian police had sought the assistance of their Hong Kong counterparts to nab him.

He also revealed there were constraints in the effort after receiving negative initial responses from the foreign authorities.

Meanwhile, the Chinese Embassy here dismissed a news report by a Malay daily which claimed that Jho Low was being protected by Beijing.

It said China attached great importance to law enforcement cooperation with Malaysia, and that its police had followed and investigated “meticulously each and every relevant clue we received from Malaysian police, in a sincere and responsible manner”.

“Unfortunately, no relevant individual was found and the Malaysian side has been informed accordingly. The accusations are groundless and unacceptable.

“The position of the Chinese government on combating crime is consistent and clear-cut. China does not and will never shelter foreign criminals.

“We will continuously render our support and assistance to further investigations on the case, once we receive further information from the Malaysian side,” the embassy said in a statement later yesterday. 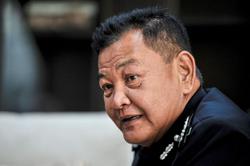 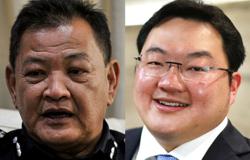