PETALING JAYA: Following the dissolution of the state assembly, the Sabah Law Society (SLS) has pointed out that a caretaker government is now in power and will continue administration of the state.

Its president Roger Chin said a caretaker government will operate until election results are out, and that the incumbent party will retain power until the new state government is appointed by the Tuan Yang di-Pertua Negeri of Sabah (TYT).

He said the caretaker convention explicitly recognises that after the dissolution of state assembly, the business of government must continue and ordinary matters of administration must be addressed.

"Hence, the provisions that allow for the normal operations of all government departments. However, the caretaker conventions impose some restrictions on the conduct of the caretaker government," he said in a statement issued on Thursday (July 30).

Chin noted that based on convention, among the restrictions imposed on the conduct of the caretaker government were centred on major policy decisions, significant appointments, major contracts or undertakings as well as international negotiations and visits.

On major policy decisions, Chin said the state government would cease making these except on urgent matters and also only after formal consultation with the Opposition.

On significant appointments, Chin said the state government would cease making major appointments on public officials but may make acting or short-term appointments.

Chin also added that the state government should seek to defer major international negotiations, or adopt an observer status, until the end of the caretaker period.

He also urged the public to remain calm.

"Allow the democratic process through elections to carry on so that the people of Sabah can select the leaders of their choice to form the state government," he added. 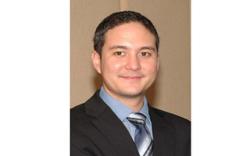 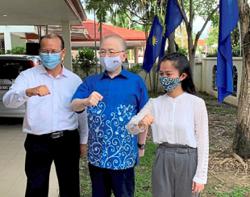