Over RM240,000 worth of drugs seized from foreign syndicate

PETALING JAYA: The Customs Department has dealt a severe blow to a drug smuggling syndicate operated by foreigners here.

“Three suspects were arrested. The raiding team found various drugs, including 3.5kg of syabu and 0.55g of ketamine.

“The total value of the seized drugs is estimated at RM244,995, ” he said in a press conference at the Customs Complex in Kelana Jaya on Monday (July 20).

Investigations showed that the group had been operating out of a “rumah kongsi” and that the drugs were intended for the local market.

Other members of the syndicate are being tracked down.

Another success highlighted by the department was the seizure of illegal liquor smuggled inside a container in Port Klang.

“The container had a mixture of items, including disposable masks, plastic bags and other things.

"However, further inspections showed that it also carried around 16,200 litres of illegal liquor worth RM76,500. The duty or tax involved is estimated to value around RM437,580, ” he said.

The group behind the liquor smuggling was known to have make false declarations to throw off the authorities.

Items that had been declared were then put at the front of the container to hide the smuggled goods.

“Efforts are currently underway to trace down the delivery agent, ” said Johari. 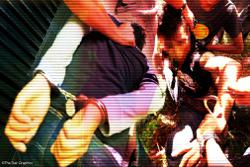