Disconnect: Trolls have no remorse over hurting people because the Internet to them is a dimension where real-life convention does not apply.

ONLINE anonymity is such a huge topic, often carrying a bad reputation because it appears to incite irresponsible behaviour.

Anyone can say something cruel or nasty, and no one will ever know it was him because he uses a made-up personality.

When you spend more time delving into the subject of Internet anonymity, you will find that it has its fair share of pros and cons.

It is a matter of debate among security researchers, politicians and policy analysts. There are those who say it affords everyone freedom of speech as there is less judgement levelled at an anonymous person who speaks his mind freely, and whistleblowers are able to unearth secrets and share information without fear of being accused of slander or ending up in jail.

It is important to note that freedom of speech doesn’t mean you have freedom to lie.

Online abuse is rampant, it’s easy for lies to be manufactured and spread, and news loses its credibility in the process.

“If you have to put your name to it, there may be consequences for speaking the truth, ” she said. Dr Anasuya Jegathevi Jegathesan will be speaking at the Star Empowerment: Healing Hearts 2020, a forum on grieve management.

“When you’re anonymous, you can avoid the consequences. The Internet and social media allow people to remain anonymous and there is a certain power in this.

“In certain situations, when you say your truth, you may be put in jail or you may be harassed and abused by other people because they don’t agree with you.

“In such situations, people choose to be anonymous because they need a voice and there’s no other outlet.

“Of course, even without the consequences, many still hide behind anonymity when they want to insult others or stir up disagreement. Online drama can be an interesting thing for some people!”

Digital culture expert Dr Niki Cheong of University of Nottingham feels that there are many strong arguments that can be made in defence of anonymity – victims and marginalised people and communities rely on the cloak of anonymity to speak truth to power.

“This is particularly so when they have been wronged or taken advantage of. This is also the case when it comes to larger institutions whereby acts like whistleblowing have shown to be a powerful tool.

“Journalism has for the longest time used anonymity for very good reasons – not just to protect the identity of sources speaking out against, among other things, corruption and misdeeds, but also to protect people who share important stories from being stigmatised or targeted.”

Cheong agrees that anonymity has emboldened many to engage in anti-social behaviour, both offline and online.

“We are seeing severe repercussions from an individual level with personal attacks and bullying, and at a more societal level with political suppression and information manipulation.”

The advent of social media has also seen the rise of citizen journalism – which is the creation or collection, dissemination and analysis of information by the general public.

“It’s trendy to create news these days because when you have more likes, that translates to more interest in your channel, and that’s how you make more money.

“There is a financial reward for being popular – whether you’re a blogger, YouTuber or TikTok artist, ” Anasuya explains the psychology behind the obsession to create content and share it with the world.

“The other reward is an emotional reward. Research shows that when you see ‘likes’ and ‘comments’, there’s dopamine released in your system, and dopamine is a pleasure hormone that makes you feel good.

“So when people get more posts, or become more famous, they feel good about themselves.”

When it comes to sharing, she says that when “news” calls for attention and is fun or shocking, people naturally want to be the first to tell others.

“It’s a high, you get a good feeling when you are the first person to tell somebody some interesting or important.”

Because of this, people often make the mistake of not verifying information before hitting the forward button. Often a headline is enough to make someone share a post without even reading the story. Admit it, many of us have made that mistake, right?

Spreading rumours takes that scenario one step further, because a rumour usually has a negative tilt to it.

So why do certain people get off on spreading rumours? Anasuya says it’s because some people like to create flame wars.

“When you’re anonymous, after all, you don’t even have that platform where you can get popular, so why do people still share and spread rumours or false information? The dopamine is still there.

“They know they are in the midst of a drama unfolding, they are getting hits, creating issues and they enjoy this. They enjoy people ‘believing’ them.

“And sometimes they believe it themselves. Truth can be based on perception, after all, and there are lots of people who perceive truth in a different way from the norm. That doesn’t mean they are crazy, they just perceive truth differently, ” she says.

Cheong reckons that a lot of this boils down to the individual.

“Some people don’t always feel that there are real life consequences to their online actions.

“We’ve seen cases where trolls have been confronted by their victims and regret their actions once they get to know them better because they suddenly realise they are real people with real feelings and real family members feeling threatened.”

He cites the case of American writer/activist Lindy West who responded to the guy who stole her dead father’s identity to abuse her. West received an apology from the person who she had earlier billed her “cruellest troll”, and went on to talk to him which ended in forgiveness.

“There is also this culture on the Internet, from the early days, of doing things just for the sake of it, which may have partially influenced this disconnect, ” says Cheong, explaining the catchphrase

“I did it for the lulz” (IDIFTL) which serves as a description for any trolling you do or any Internet drama you cause. To explain further, “lulz” translates to “fun, laughter or amusement at another’s expense”.

“Increasingly we’re seeing in many cases around the world that there are few consequences for people’s actions especially when they favour those in power or are perceived as ‘public sentiment’, so people feel they can act with impunity, ” Cheong adds.

What can we do to prevent this situation from plunging?

“Censorship isn’t the answer, ” Anasuya offers. “Because then you will be going backwards, and people will find ways around it. In journalism, anonymity protects sources who provide information, and victims from being targeted, says Cheong.

“Instead we should be educating people about best practices: how to check on false media, how to verify news, how to spot fake accounts, ” she says, using the anti-vaxxer movement as an example of how things can go terribly wrong without proper check and balance in place.

In that case, research fraud – a study led by the now discredited physician-researcher Andrew Wakefield involving 12 children – suggested there was a link between the measles, mumps and rubella vaccine and autism.

This study was subsequently thoroughly debunked, and Wakefield was stripped of his medical licence. Yet, today there is still a growing number of parents who buy into the whole anti-vaxxer argument and refuse to vaccinate their children.

“Because of some fake research and false findings, this ‘correlation between vaccinations and autism’ went viral and people started posting scary stuff, so much so that even a few in the US Congress believe this false news!” says Anasuya.

“So why do people believe it? Because they need somebody to blame, they want to be able to point a finger and say this is why the world is going bad, this is why things are going wrong, this is why my child got sick. It’s not me, it’s something else.

“You have to educate people to recognise what is real news and what is false. And it has to be a repeated learning.

“The checks and balances do exist, if people know how to use websites like FactCheck, Snopes and Sebenarnya.my.

“There’s a huge bunch of very logical, very factual people in cyberspace who are constantly correcting false news but as a user you have to be able to use those channels.

“It is whether each individual who creates and receives news is willing to do all the checking required. And sadly this is not something that we teach our children in school.”

Cheong agrees that education is the best policy, but it needs to be a multi-pronged approach.

“We need better media literacy education at all levels, we need political will to ensure that any response to these actions is fair across the board, we need to pressure digital platforms to take a more proactive role in managing these sort of behaviour.

“And we need better leadership and role models.” 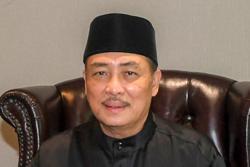