KUALA LUMPUR: Buy Malaysian for Malaysia. This will help put the nation on track towards economic recovery post-Covid-19, says the Prime Minister.

Tan Sri Muhyiddin Yassin said the medical frontliners had done their part to contain the transmission of Covid-19.

“Now, it is the turn of the economic sector frontliners to help resuscitate the economy, ” he said.

He said the government, industry players and the rakyat should

join hands to help revive the economy which was hit hard by the pandemic.

“I call upon all consumers to spend for Malaysia, ” he said when launching the Mega Sales and Buy Malaysian Product campaign at Suria KLCC yesterday.

Muhyiddin said spending money would have a domino effect on the economy as it would help create job opportunities and generate revenue for the rakyat and the nation, thus spurring growth.

He said Malaysians should continue spending to ensure the economy remained competitive.

Muhyiddin lauded the Domestic Trade and Consumer Affairs Ministry and Suria KLCC for forging a strategic collaboration to launch the campaign to promote local products.

He also said 13.7 million Malaysian workers (90.1% of the total local workforce) had returned to work after the movement control order to contain Covid-19 transmission.

The pandemic, he added, had also taken a toll on the global economy, causing small and medium enterprises, and multi-national corporations to face cashflow and low demand challenges.

“The supply chain is also affected, especially industries and services relying on imported raw materials and components, ” he said.

Muhyiddin said the government had reviewed the existing policies to reduce dependence on imported products.

“Priority is now on boosting the local industry capability in producing products.

“Malaysia must have the capability to produce critical products such as food and beverage, medical devices, medicine, petrochemical products as well as personal protection equipment such as masks and gloves.

“With such capability, we can reduce currency outflow and subsequently boost export of local products, ” he said, adding the government had implemented Prihatin and Penjana programmes to cushion the impact and promote domestic economic growth.

He said the focus now was on boosting domestic economy through the “Buy Malaysian Products” campaign.

He said such an initiative had been implemented before in 1984.

“The spirit of the ‘Buy Malaysian Products 2020’ campaign is similar to the one in 1984, aimed at promoting domestic spending, ” he added.

Muhyiddin said the government had allocated RM20mil under Penjana for the campaign promoting local products and local services.

“This will encourage local product tagging at supermarket chains and on e-trade platforms, ” he said.

He added that the Domestic Trade and Consumer Affairs Ministry was collaborating with nine other ministries to promote the “Buy Malaysian Products” campaign. 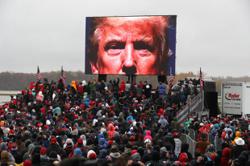 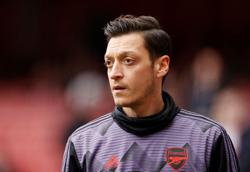