PETALING JAYA: The University Malaya Association of New Youth (Umany) student group has condemned the university management for not lodging a police report against a senior lecturer allegedly involved in a sexual harassment case against a student.

"They did not take the matter to the police although the lecturer had allegedly harassed not one, but several students," said Umany president Yap Wen Qing in a statement on Friday (July 17).

He said this in response to UM vice-chancellor Abdul Rahim Hashim's comment that disciplinary action had been taken against the senior lecturer.

Rahim however, added that the university could not disclose the details of the case as they were obligated to safeguard the confidentiality and the right to privacy of the parties involved.

The vice-chancellor was responding to a police report lodged by a third-year student claiming that the university had failed to give a satisfactory answer pertaining to a sexual harassment complaint filed on July 1 last year.

In the report, the victim claimed that a senior lecturer that has since retired had sexually harassed her on June 3 last year.

Responding to this, Yap claimed that the Rahim refused to divulge information on the grounds of the Personal Data Protection Act.

"After conducting research, we find that the grounds are invalid because the Act is meant only to protect information on commercial transactions, ” he said, adding that the UM management should publicly announce the final action taken against the perpetrator to serve as a deterrent.

According to the report, the Integrity Unit had contacted other students who were allegedly harassed by the lecturer.

"In the end, the UM management only demoted the lecturer and by the time the verdict was given, the lecturer had already retired," said Yap.

He noted that the vice-chancellor had lodged police reports against students protesting against racism.

"Why can't he do the same when students became victims of sexual harassment," said Yap, adding that Umany demanded Rahim's resignation. 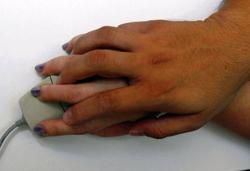 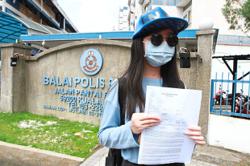 Group slams varsity for not reporting harassment case to cops