The high cost of raising children

PUTRAJAYA: Financial factors are major obstacles for couples keen to have the desired family size, says the National Population and Family Development Board.

Its director-general Abdul Shukur Abdullah said although on average, parents wanted four children, the reality was most of them could only have between two and three because of the high cost in raising a child.

“According to the 5th Malaysia Population and Family Survey, 65% of married people said they would like to have more children if financial issues were not a hindrance,” he said in an interview.

Among the costs that were seen to be burdening parents were buying baby products and food such as disposable diapers and milk, which were expensive, as well as the cost of babysitting and high nursery fees.

In addition, Abdul Shukur said other factors that prevented families from reaching their desired size were late marriages, difficulties in finding a spouse and fertility issues.

He said incentives in the form of financial aid to promote birth should be introduced by the government in addressing the issue.

“We are proposing to the government that additional incentives be given to parents such as nursery facilities, bonuses for each birth and helping to cover the cost of milk, which will directly assist parents to reduce their living expenses,” he said.

Abdul Shukur said when compared to the fertility rate of other Asean countries, the country’s fertility rate was at the third lowest with 1.9 children per woman, aged 15 to 49, after Singapore (1.2) and Thailand (1.5).

“The study in 2018 also found that Malaysia’s fertility rate had also dropped rapidly to 1.8 people, and this situation will accelerate the ageing process.

“It is likely that the country will reach the ageing nation status before 2030,” he said.

Abdul Shukur also said it was clear that if fertility rates continued to decline and no intervention was taken, Malaysia was expected to experience a population contraction for the first time in 2072, which would have an implication on the economy due to labour shortages. — Bernama 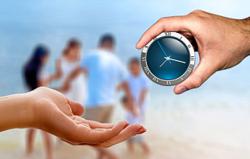