She said the Ipoh City Council would be requesting for a RM1mil allocation from the Housing and Local Government Ministry soon.

“The area selling vegetables, meat and seafood needs a proper makeover in matters related to the electricity, as well as water supply, besides replacing the current congested stalls.

Nolee added that the upgrading works would be conducted according to sections, and the feedback received from the traders on the works have been encouraging.

She said the poultry section had its own building that was constructed and ready for business in 2017, while the Urban Transformation Centre located within the market building had opened its doors to the public in 2013.

“However the section where vegetables, seafood, mutton and beef are sold have not been upgraded since 1984, and is now looking rundown.

“We have been engaging with the relevant trader’s association before the movement control order started, as well as after that period on the upgrading works, and the feedback received has been positive, ” she added.

Nolee also said gotong-royong activities at the market have been carried out twice to prevent the spread of dengue and chikungunya cases.

“A campaign to educate traders on the importance of playing a role to reduce such cases has also been launched.

“I sincerely hope that all traders will help us to ensure that the place is clean and free from any mosquito breeding grounds, ” she added. 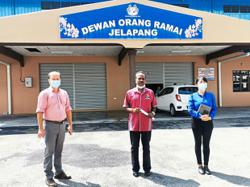 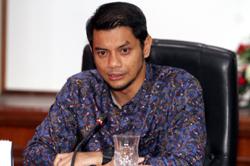