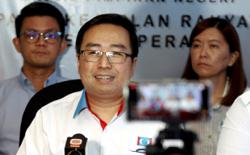 SUNGKAI: Perikatan Nasional (PN) candidate for Tanjung Malim parliamentary seat Datuk Nolee Ashilin Mohammed Radzi says being in a six-cornered fight to win the seat in the 15th General Election (GE15) does not scare her.

Instead, as the only female candidate in the fight, she said it was an honour which she took as a challenge to be fielded against the contenders, two of whom are big names in politics, namely the Barisan Nasional (BN) candidate Datuk Dr Mah Hang Soon, who is also Deputy Education Minister, and Perak PKR chairman Chang Lih Kang, who is the incumbent for the seat.

The other three vying for the seat are Amir Hamzah Abdul Rajak (Pejuang) and two independents, Jamaluddin Mohd Radzi and Mohd Nor Izzat Mohd Johari.

"With my 15 years of experience as an elected representative and two-time member of the state executive council, I think I have the advantage, which gives me the confidence to offer myself as the next MP for Tanjung Malim.

"We want to see Tanjung Malim as a satellite city to the Klang Valley because it is very close to Kuala Lumpur. This is possible because we will have an Automotive Hi-Tech Valley in Tanjung Malim which will see an increase of 150,000 residents,” said Nolee Ashilin, who is PN Wanita chief and three-term incumbent for Tualang Sekah state seat.

In the last general election, Chang won the seat after defeating Mah and Mohd Tarmizi Abd Rahman of PAS with a 5,358-vote majority.

There are 93,873 registered electors in Tanjung Malim who are eligible to vote in the GE15 compared to only 68,468 in the last general election.

The Election Commission has set Nov 19 for polling and Nov 15 for early voting. - Bernama 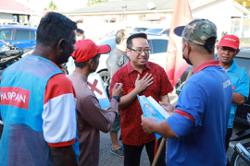