Sabah aims to reopen tourism for international tourists by Sept 1

The beauty of Mount Kinabalu, the highest mountain in Malaysia and South-East Asia, is one of the main tourist attractions in Sabah. - Bernamapic

KOTA KINABALU (Bernama): The Sabah government aims to reopen its doors for the arrival of international tourists by Sept 1 this year, says Datuk Christina Liew.

The Deputy Chief Minister said this would be done by observing the current Covid-19 pandemic situation and also advice from the Health Ministry, while subscribing to the prescribed standard operating procedure (SOP).

"We are looking forward to the reopening of the international sector (tourists), but we will be very selective,” she told reporters after a visit to the Api-Api night food market at Gaya Street here Saturday (July 4) night.

Liew, who is also state Tourism, Culture and Environment Minister, said agencies under her ministry, especially the Sabah Tourism Board (STB), always kept abreast with information regarding the matter from other countries.

She said the government was re-opening its the tourism sector, by allowing operation of the night market at Gaya Street.

"We have also re-opened Mount Kinabalu since May 16, and it had attracted about 2,000 climbers, mostly local visitors,” she added.

Meanwhile, on the state’s move to allow the arrivals of tourists from China, Liew said a meeting would be held with China's consul-general in Kota Kinabalu, Liang Caide, next week regarding the matter.

She said not all areas in China were affected by Covid-19 and the meeting would discuss, among others, how to speed up the arrival of tourists from those areas.

From January to November last year, the Sabah Tourism Board recorded 3.766 million tourists arrivals, with China contributing the most. - Bernama 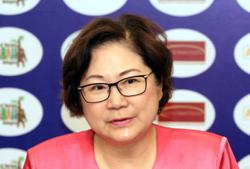