LABIS: While most chapels or churches are usually built in towns or populated areas, the Chapel of St Paul The Hermit is perched on a hill in an oil palm plantation in Chaah.

Catholics in the area are still using the chapel built by the French more than 100 years ago, at least once a month for mass.

On other days, those who need to spend quiet time to offer prayers can just visit the chapel, which is accessible via a 2km gravel road that branches off from the main road.

Visitors will have to open the door and lock up afterwards as there is no full-time caretaker stationed there.

Church of St Anthony chairman Charles A. Anthoniappan, 60, whose church oversees the chapel, said this was their main church for many years before they constructed the St Anthony’s Church in Chaah town in 1953.

“This chapel was built by the French when they were running the estates in this area. We have more than 30,000ha of oil palm estates surrounding this area.

“Those days many people used to attend this chapel. Even my sister’s wedding was held here, ” he said, adding that the French sold the estate in 2004 to a local company from Sarawak, which has been maintaining the chapel since. Standing strong: Chapel of St Paul The Hermit, that was built by the French, now holds mass once a month. Those visiting the house of worship need only open the doors and lock up afterwards.

Anthoniappan added that despite moving to the town church, they still conduct mass at the chapel at least once a month.

“This chapel can accommodate about 120 people.

“With no electricity and water supply, we rely on generators and portable tanks from the plantation management whenever we have major events at the chapel, ” he said, adding that the estate management was very helpful as they would even repair the gravel road during major events.

“We do not have any full-time caretakers here. If people want to come, they can just open the door, enter and offer their prayers.

“We just hope that people will take care of the place and close the doors before leaving.

“It is very quiet and peaceful here, ” he said, adding that they were open to the idea of the chapel being turned into a tourist destination.

He added that several years ago, the parishioners raised funds to renovate the chapel and gave it a new coat of paint.

Bekok assemblyman Dr S. Ramakrishnan, who has also visited the chapel, said it was a good idea to turn it into a tourist destination, especially for those who throng the area during the durian seasons

“This is a unique chapel located in an oil palm estate. This is one of a kind and should be preserved, ” he said. 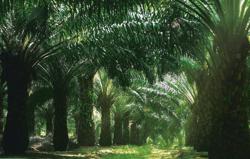 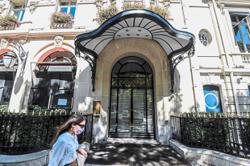