MASwings to reinstate flights in Sabah and Sarawak 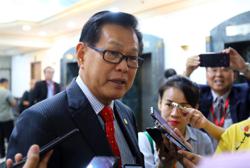 KOTA KINABALU: MASwings is planning to reinstate its reduced frequencies and suspended flights as per the Public Services Obligation (PSO) Agreement in four phases.

This comes following the recent implementation of the new nationwide recovery movement control order (MCO), according to the airline’s statement.

The statement said that despite the relaxed MCO and now into the recovery phase, there was still no significant growth in demand.

Nevertheless, looking at the forward bookings over the next six months and in anticipation of greater passenger movement as more businesses and tourism-related industries start operating, MASwings has decided to reinstate its flight frequencies gradually over four phases.

These planned reinstatement operation schedules for the whole of Sabah and Sarawak have received the necessary clearance and support of the Transport Ministry.