Ex-ministers among five sworn in as senators 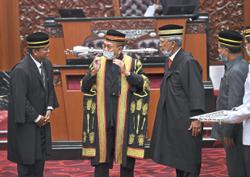 All of them were appointed yesterday upon the consent of Yang di-Pertuan Agong Al-Sultan Abdullah Ri’ayatuddin Al-Mustafa Billah Shah.

The Senate now has 70 members, 26 of whom were state appointees, while 44 others were appointed by the King.

These include the three who represent the Federal Territories of Kuala Lumpur and Labuan.

The senators are appointed for a term of three years and can only be reappointed once.

Speaking to the media, Rais said that among his missions was to make the Senate, which is one of the components of the highest legislative body of the country, a good example to the people.

“I think it would be good if the image of the Senate is changed to a highly intellectual assembly... building the nation not through harsh words, but through an exemplary image that could help shape the future generations.

“We have no time to do flip-flops, all senators should develop a common determination to strengthen the government and to give the people the opportunity to see that the Senate is actually higher than the Dewan Rakyat in so many aspects, ” he said.

Meanwhile, Idris said that as a senator, he would want to see more priority given to people’s agenda and less to political games.

“We realised that the people need assurance to have food to eat, to live a peaceful life, so we don’t want to portray that politicians are too preoccupied with politics while the people are struggling to make ends meet, ” he said. — Bernama 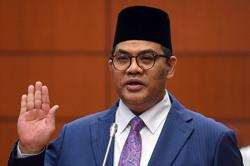 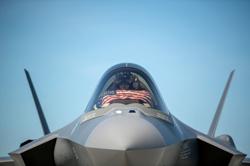