Finas chairman Zakaria Abdul Hamid said in a statement today that it hoped the appointment of Ahmad Idham would see Finas continue to generate excellence as a body that leads, encourages and preserves the development of the country’s film industry.

He said that apart from the appointment, Finas also welcomed the allocation of RM225mil as an economic stimulus incentive for the country’s creative industry through the National Economic Recovery Plan (Penjana) that was announced by the government on Friday.

Zakaria said the various programmes and financial facilities to regenerate the nation’s creative industry would be monitored by Communications and Multimedia Minister Datuk Saifuddin Abdullah.

"Finas wishes to record its appreciation and gratitude to the government for its care towards the redevelopment of the country’s creative industry economic sector, which has been affected by the Covid-19 pandemic, with the allocation of the incentives and funds,” he said.

Prime Minister Tan Sri Muhyiddin Yassin on Friday unveiled Penjana, themed "Building the Economy Together", as a short-term measure, covering 40 initiatives worth RM35bil, to develop and revitalise the nation’s economy.

Meanwhile, Ahmad Idham, when contacted, said it was time to combine forces to rebuild the economy (of the country’s creative industry).

"These are trying times, I knew it (when) I accepted it (the appointment), it’s difficult. Yet, I am confident of the new leadership, we will succeed.

"I believe that with my experience and knowledge, I can help plan to revive the (creative industry) economy,” he said.

Ahmad Idham had previously been appointed as Finas CEO for a two-year term on March 11, 2019.

However, on Dec 9 last year, the Finas Board of Directors received and approved an application by Ahmad Idham to shorten his contract of service to March 10 this year. - Bernama 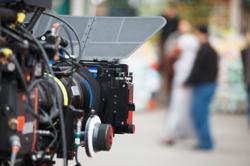