Trailblazer: Salmaan Hussain remains the only Malaysian toxicologist to be appointed by the United Nations to study the effects of pesticides on food.

KUALA TERENGGANU: Over the past eight years, Dungun-born Dr Salmaan Hussain Inayat Hussain has been and is still the only Malaysian toxicologist appointed by the United Nations (UN) to look into the effects of pesticides on food.

Not many people know the fact, but it is something to be proud of by all Malaysians, and a success story that should be emulated.

As one of the experts on the panel of the World Food and Agriculture Organization (FAO), the 52-year-old is responsible for outlining the safe level of pesticides on food around the world.

“My job is to study the toxicology data of pesticides produced by the industry.

“For example, a company that produces insecticides needs to send data to the WHO (World Health Organization), and we will determine what is the allowed level of pesticides in food, ” he said.

The head of Product Stewardship and Toxicology Department of Petroliam Nasional Bhd (Petronas), Salmaan Hussain also made the country proud when he was appointed adjunct professor in the Department of Environmental Health at Yale University’s School of Public Health from 2019 to 2023.

Recalling his childhood, Salmaan Hussain said the success he has achieved was really mind-blowing as his academic performance in school was not so encouraging.

The sudden death of his father when he was seven left the responsibility of raising him and four siblings on his mother, Rais Fatima Abdul Razak, 79, a housewife, alone.

“After his death, I lost the motivation to go to school. I became lazy and often played truant. The only thing I liked doing was riding my bicycle with friends. At one time, I even rode from Dungun to Kuala Terengganu and back. I was quite a naughty boy, ” he said.

But things began to change after his eldest brother, Dr Anis Ahmad, who at the time was pursuing his doctorate, gave him a pep talk that lifted his spirit and guided him in his studies, especially in science and mathematics.

Salmaan Hussain began to excel in his Sijil Rendah Pelajaran examination, and eventually emerged top student in both the Sijil Pelajaran Malaysia and Sijil Tinggi Persekolahan Malaysia examinations which he sat for in Dungun.

Upon graduating from Universiti Kebangsaan Malaysia in pharmaceutical sciences, he did not look back until he obtained a PhD in toxicology.

“I hold on to the principle that in order to be successful, one has to have a high level of commitment and positive thinking.

“If we think we are failing, remember that it is not a permanent situation, but a challenge to overcome in order to succeed, ” he said.

Asked about the scope of toxicology in Malaysia, Salmaan Hussain said it had yet to be widely expanded as most companies in Malaysia did not have full-time toxicologists.

“At Petronas, I have 12 staff members in my team, including four toxicologists.

“Some companies such as in the food or cosmetics industry probably have one or two toxicologists. Most chemicals-related companies overseas have quite a large number of toxicologists.” — Bernama 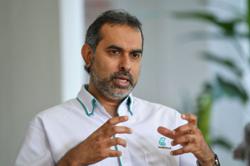 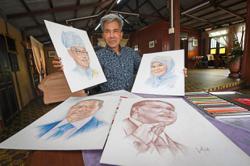 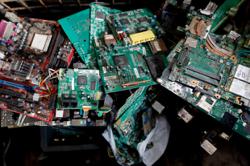