PETALING JAYA: Those who intend to visit their relatives on the first day of Hari Raya Aidilfitri will not be allowed to stay overnight, reminds Datuk Seri Ismail Sabri Yaakob.

The Senior Minister said an overnight visit was not part of the standard operating procedure for the Hari Raya celebrations during the conditional movement control order (MCO).

“The SOP given is very clear. If Hari Raya falls on May 24, then you are only allowed to visit on May 24.

“If you stay overnight, then it would be the next day and that is against the SOP, ” he said in his daily briefing yesterday.

Ismail Sabri said that although the MCO conditions were being relaxed to enable Hari Raya visits, it was still better for people to stay home, if possible.

He had earlier announced that celebrations such as the upcoming Hari Raya, Pesta Kaamatan and Hari Gawai would only be allowed to be celebrated on the first day of each festival.

Meanwhile, he said that more than 2,500 motorists were told to turn back by the police on Thursday for trying their luck at interstate travel to balik kampung.

The Defence Minister said that 2,539 vehicles had attempted to cross state lines before being asked to turn back.

Melaka was the state which had the highest number of vehicles and motorists that attempted to travel interstate with 886, followed by Perak (362) and Penang (284).

“I keep repeating the same reminder daily, do not attempt interstate travel.

“When I announced that there was no more interstate travel, I think many tried to take the opportunity to do so, ” he added.

He said the police had also detained 64 individuals on Thursday and remanded 40 individuals for going against the SOP.

The police issued compounds to 24 individuals for defying the SOP.

Ismail Sabri warned that those who managed to “escape” to their hometowns could be penalised once they return to the city.

Asked if there would be more roadblocks in place, he said he was leaving that to the discretion of the police. 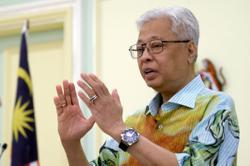 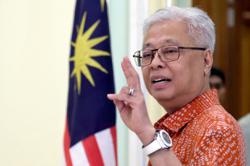