PETALING JAYA: A Magistrate’s Court here has fined a 44-year-old sales manager RM3,100 over an incident where she shouted the word “idiot” to a policeman at a Covid-19 Ops roadblock more than a month ago.

Tong Poh Kim had earlier claimed trial, but changed her plea when the case came up for mention before Magistrate Zhafran Rahim Hamzah here on Wednesday (May 20).

She admitted to insulting Kpl Izuan Hasim Nor Hamzah by using the word “idiot” at Jalan Persiaran Surian at 9.40am on March 31.

The charge under Section 14 of the Minor Offences Act 1955 carries a maximum fine of RM100 if convicted.

Tong also pleaded guilty to a second charge of obstructing Kpl Izuan from carrying out his duty at the same place and time.

The charge under Section 186 of the Penal Code carries imprisonment of up to two years, a fine up to RM10,000, or both if convicted.

Earlier, Tong’s lawyer Datuk Suraj Singh asked the court to impose a fine on his client and not a prison sentence on the grounds that her mother was in a coma since February 27 due to a stroke.

“My client is remorseful and apologetic towards everyone, including the police over the incident.

Her guilty plea has also saved the court’s time and cost from having to go to trial, ” he said.

Suraj added that Tong was emotionally and mentally distraught due to her mother’s condition and being trapped in a two-hour traffic caused her to act the way she did on the day of the incident.

“There is no violence in this case except for the word ‘idiot’ being uttered by the accused, ” Suraj said, adding that Tong was a first time offender.

Deputy Public Prosecutor Siti Zubaidah Mahat, however, asked the court to mete out a just sentence as the accused had committed a serious offence when she failed to respect the police.

Zhafran then fined Tong RM100 for uttering the word ‘idiot’ in default of a day in jail.

For the second offence of obstructing a public servant, the magistrate fined the accused RM3,000 in default of a month in jail. 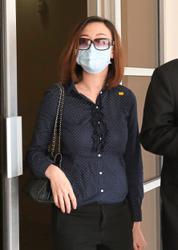 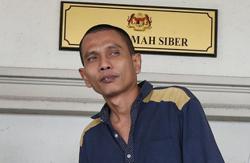 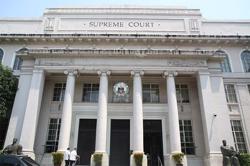