SIBU: Sarawak PKR chairman Larry Sng says there will be a number of resignations by grassroot leaders aligned to his party's previous leadership, but wants them to reconsider their decision.

These resignations would be from Mas Gading, Bandar Kuching, Stampin, Petra Jaya, Kanowit, Lanang, Lubok Antu and Bintulu, he said, adding that these mass resignations should come as no surprise since rumours of their defection has been an "open secret for many weeks".

"I want to wish them well in every sense of the word as they have contributed immensely to the success and the struggles of the party over the past 20 years," he said.

However, it was always a sad period for a party whenever their leaders leave,"not just for themselves but for the supporters who looked up to them.

"The principles they stood for resonated deeply with them then, and I am sure in their heart of hearts, it is still what they hold true to today," he posted on Facebook on Friday (May 15).

Sng said he felt that many of them don't want to be in Sarawak PKR simply because they feel disenfranchised with the leadership and they don't sense that they have any room to survive and grow.

He said whatever was behind their decision to leave the party, he wanted them to reconsider it.

"Under my leadership there is always room for talent to grow, even if they are not part of the winning team.

"I don't hold any grudges against my past detractors because many of them don't really know me, but assume that I am just like my father," he said, referring to former Julau MP Datuk Sng Chee Hua.

Sng said that even during the contentious PKR party elections of 2018, he refused to compromise on his principles.

He added that recently, there was a move within Sarawak PKR by a "certain winning team" which wanted to cleanse the remaining "cartel members" from its state line-up by constantly attacking them on Facebook.

"I took this issue seriously and brought it to the attention of the most senior party leadership," he said. 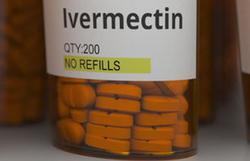