‘Govt made the right call’

The government’s decision to implement the conditional movement control order (MCO) starting yesterday came after the Covid-19 outbreak was contained after almost 50 days, he said.

In having to choose between the people’s safety and the national economy, Prime Minister Tan Sri Muhyiddin Yassin had made the right decision, said Kong.

“Due to the national condition and geographical factor, it is impossible to reopen economic activities only after there are zero cases of Covid-19, ” he told Sin Chew Daily in a recent interview.

“With a gradually relaxed MCO and allowing economic activities to resume by strictly following the standard operating procedure issued by the Health Ministry, we can avoid severely affecting the economy that could lead to other social problems due to a longer-term control.

“After nearly 50 days of MCO, it has clearly shown results and the pandemic has gradually come under control.

“It has also raised people’s awareness in preventing the virus and beginning to go by their daily lives with the new norm, ” said Kong.

He added that this was a desirable phenomenon where the people and the government work hand in hand to fight the pandemic.

“I understand that some citizens do not agree with the government in relaxing the MCO and they are worried that the situation will worsen.

“It is impossible for Malaysia to wait until the pandemic is completely over before restoring social and economic order.

“Being unable to grasp their data and whereabouts, it has become a concern to control the spread of the virus.

“In this case, it is acceptable for the government to lift the restriction a bit but with a continuous monitoring measure, ” he said.

If economic activities are not resumed, Kong fears that more companies will be in trouble and this can trigger a more serious wave of unemployment where the entire population would suffer.

Kong also shared an eight-point proposal to move businesses and society toward the new normal.

The suggestions are: requiring everyone to wear masks when they go out until the government declares the virus is completely contained.

“Second, employees returning to work have to go to designated

hospitals for testing and only be allowed to begin work if they test negative. The company must prepare masks, thermometers, disinfectants and other prevention supplies.

“Third, the number of testing stations must be increased, ” he said.

His fourth suggestion is the need to control the number of people in shopping malls, parks, sports centres, hospitals and religious places.

“One must stand 2m apart from another. Group activities of more than three people should be prohibited.

“People returning from foreign countries must be quarantined for 14 days as well as undergo Covid-19 testing.

“People taking public transportation must maintain social distance and keep a safe distance of between 1m and 2m.

the online news besides other traditional and emerging media must always effectively promote pandemic prevention awareness and measures, ” said Kong. 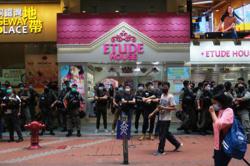 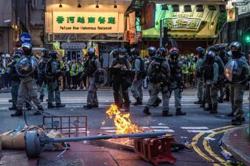