Interstate travel: No approval needed for those who have registered, say cops 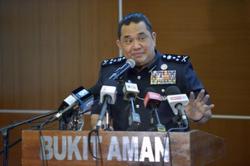 KUALA LUMPUR: No approval is needed for those who have registered for interstate travel with the police, says Bukit Aman.

Its CID director Comm Datuk Huzir Mohamed said that during the upcoming interstate travel period, there would be no QR code generated for users of the Gerak Malaysia phone application as well.

“There is no notification for approval. All you need to do is apply.

“Of course families can travel together. All must fill in their details for those over the age of 16, ” he said at a press conference here Sunday (May 3).

When asked if the police would conduct checks, he said that if a car was stopped, the police have ways to confirm if a person was registered for interstate travel.

“We want to maintain the flow of traffic, ” he added.

Comm Huzir also said that the travel period between May 7 and May 10 was strictly for those who had been stuck at their hometowns and wish to return to the city.

“We will take action against those who take advantage of this period, ” he said.

For users without smartphones, manual applications will be allowed but only with prior appointments at their respective police stations.

“You can download the form on our official Facebook page and fill in the forms beforehand. Then call ahead and make your appointment. This is to avoid crowds gathering at the stations, ” Comm Huzir said.

To date, over a million users have downloaded the Gerak Malaysia app, with 462,405 users applying for interstate travel as of May 1.

According to the police, those who have registered for interstate travel are able to do so only on set dates, according to their states.

On May 7, only those from Kuala Lumpur can travel.

People in Perak, Johor and Kelantan will be able to move on May 8.

Those in Perlis, Kedah, Penang, Melaka and Pahang are allowed to travel on May 9.

Finally, for those in Selangor, Negri Sembilan and Terengganu, travel will be allowed on May 10.

“This is why we have the registration period so that we can analyse the data.

“If you look at the schedule, Sabah and Sarawak are not listed. For movement, the states have their own procedures," Comm Huzir said. 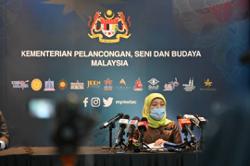