KAJANG: A police corporal on duty died after a suspected drunk driver crashed into him at a roadblock.

The incident at 2.11am on Sunday (May 3) occured at the Lekas Highway roadblock.

"Based on investigations, (we established that) a Hilux driver heading from Kajang towards the toll plaza failed to control his vehicle when arriving at the roadblock.

"It is believed that the driver was driving under the influence of alcohol.

"A policeman on duty there was hit by the vehicle. A police vehicle that was parked at the side of the road was also hit," said Kajang OCPD Asst Comm Mohd Zaid Hassan in a statement on Sunday (May 3).

The suspect is currently being treated at the Serdang hospital for injuries.

The victim has been identified as corporal Safwan Muhammad Ismail.

Inspector-General of Police Tan Sri Abdul Hamid Bador extended his condolences to the family of the victim via the PDRM's official Instagram page. 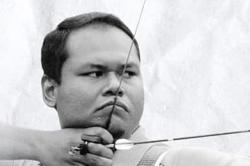