JOHOR BARU: A police corporal was arrested Wednesday (April 29) for allegedly posting a video of a man in handcuffs and in police custody on social media.

Johor Police Chief Comm Datuk Ayob Khan Mydin Pitchay said that the 27-year-old policeman is being investigated under Section 233 of the Communications and Multimedia Act 1998.

"The policeman had allegedly taken a video of a Rohingya man at the Muar police department," he said.

The Rohingya man had been arrested for allegedly slandering a police officer in a video that was posted on Facebook.

Comm Ayob said that upon investigation, it was found that the man had a criminal record and had been involved in three offences.

"In 2009, he was convicted under Section 506 of the Penal Code for criminal intimidation," Comm Ayob said.

The suspect also has temporary resident status as well as a refugee card issued by the United Nations High Commissioner for Refugees (UNHCR).

On a separate matter, Comm Ayob said that local fashion icon "Wak Doyok" had been called to give his statement to the police after allegedly posting a photo of a ring that bore the Johor Sultan's emblem on social media.

The man, whose real name is Mohd Azwan Md Nor, was ordered to present himself at the Iskandar Puteri police station on Thursday (April 30).

"We are currently taking his statement as a police report was made against him on Tuesday (April 28).

"The case is being investigated under the Johor Emblems, Titles and Awards (Prevention of Improper Use) Enactment 2017, which carries a fine from RM250,000 to RM500,000 as well as up to five years imprisonment," he said.

Comm Ayob added that Azwan had allegedly purchased the ring from an Indonesian company in 2018.

Under the enactment, any individual would require written consent from the Sultan of Johor before attempting to use, order or produce the emblem. 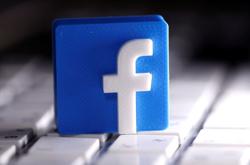 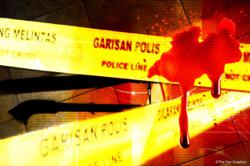 Investigations into police corporal who shot himself ongoing