PETALING JAYA: Ramadan traditions for Muslims across the globe will be affected during the fasting month following tight movement restrictions in view of the Covid-19 pandemic.

Many rituals will be curtailed this year.

In Malaysia, many states, including the federal territories, have suspended all mosque and surau activities including Friday prayers and congregational prayers.

Sultan of Selangor Sultan Sharafuddin Idris Shah will skip the annual tradition of breaking of fast events and terawih prayers with the public at any of the mosques in the state during Ramadan this year.

Previously, it was common to conduct breaking of fast programmes for the needy and poor at the mosques.

In Indonesia, the Indonesian Council of Ulema – the country’s semi-authority on Islamic affairs – has cautioned against travelling home for the Hari Raya holiday.

The Indonesian government had earlier said people could travel to celebrate the end of Ramadan in their hometowns, provided they self-isolate.

In Saudi Arabia, its grand mufti Sheikh Abdulaziz al-Sheikh, the highest religious authority in the kingdom, noted that prayers during the holy month should be performed at home.

Meanwhile, Al-Jazeera reported that all Ramadan activities including group iftar and charity tables are banned in Egypt.

Iran, one of the region’s hardest-hit by Covid-19, Supreme Leader Ayatollah Ali Khamenei has also called on the people to avoid collective prayers.

In Algeria, many restaurant owners are wondering how to offer iftar to the poor and needy when their premises are shut down, while charities in Abu Dhabi that hold iftar for lowly paid south Asian workers are unsure what to do with all mosques now closed.

Senegal had planned to continue charity work in the country but in a very limited way.

In its capital Dakar, charities would normally hand out baguettes slathered with chocolate spread, dates and milk to the needy.

However, Pakistan, the second most populous Muslim country in the world, has lifted restrictions on congregational prayers at mosques but have put in place a series of safety conditions to avert the risk of contracting the virus.

Testing the true meaning of fasting

‘Raya can’t be postponed but celebrations may be delayed’ 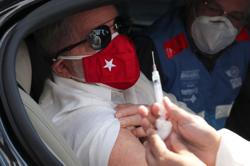