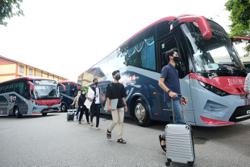 PUTRAJAYA: Malaysia will look into the possibility of deferring its public holidays for the Hari Raya Aidilfitri celebration, which is what Indonesia has done in view of the Covid-19 pandemic.

The government will decide whether the holidays are to be rescheduled after getting views from the Minister in the Prime Minister’s Department in charge of religious affairs.

This comes as Malaysia reported 36 new Covid-19 cases, the lowest number since the movement control order (MCO) began on March 18, and no deaths since March 17. When asked if the government planned to take the same approach as Indonesia, Senior Minister Datuk Seri Ismail Sabri Yaakob (pic) said the minister concerned would give his views and proposal on this.

“It will not just be about Hari Raya but also on other matters such as the terawih prayers (special prayers performed during the nights of Ramadan) that the minister will discuss and propose.

“So, let’s wait for what he has to say. Let us start fasting first,” Ismail Sabri said yesterday.

Indonesia has decided to postpone its Hari Raya Aidilfitri holidays to Dec 28 to 31 to stop the mass movement of its people while the world is still grappling with the Covid-19 pandemic.

The first day of Ramadan for Malaysia is expected to fall on April 24 and Hari Raya Aidilfitri is likely to be celebrated on May 24 to May 26. Traditionally, the Hari Raya holidays, which will see many schools taking a break, are the time for many Malaysians, including non-Muslims, to return to their hometowns in what is known as the balik kampung rush.

The government is enforcing the third phase of the MCO, aimed at flattening the curve of Covid-19 infection. 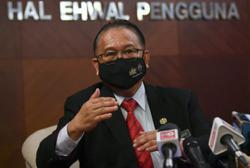